'Chernobyl' maker takes a dig at Donald Trump at Emmys 2019 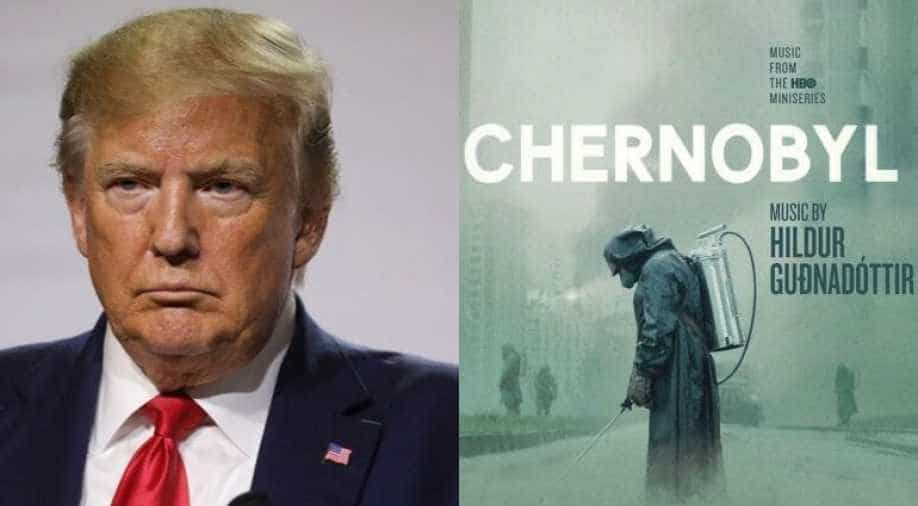 Donald Trump and a poster of Chernobyl. Photograph:( Twitter )

'Chernobyl' dramatises the story of the 1986 nuclear accident near the Ukrainian city of Pripyat. It also puts the spotlight on the cleanup efforts that followed.

No award ceremony in Hollywood is complete without a taking a dig at US President Donald Trump.  On Sunday night, 'Chernobyl' creator Craig Mazin took a dig at the US President without taking his name while accepting the Outstanding Limited Series award for the series at the 71st Primetime Emmy Awards ceremony.

"I hope that in some small ways our show has helped remind people of the value of the truth and the danger of the lie," Mazin said on the stage.

'Chernobyl' dramatises the story of the 1986 nuclear accident near the Ukrainian city of Pripyat. It also puts the spotlight on the cleanup efforts that followed.

The show has been compared frequently as timely in the age of the truth and fact-challenged by Trump.

The show was nominated along with 'Escape at Dannemora', 'Fosse/Verdon', 'Sharp Objects' and 'When They See Us'.

Mazin has confirmed that there will be no second season of 'Chernobyl'.

"We told a story of a place in time, and we did it pretty darn well. It`s time to start thinking about other places and other times. Whenever we look at fiction that is based on history, we look for things that are relevant to who we are now and what we are facing. The trick is finding interesting history that is repeating itself in different ways," he said backstage of the award gala.

Without sharing any information about his next project, Mazin said he is working on "some cool stuff".