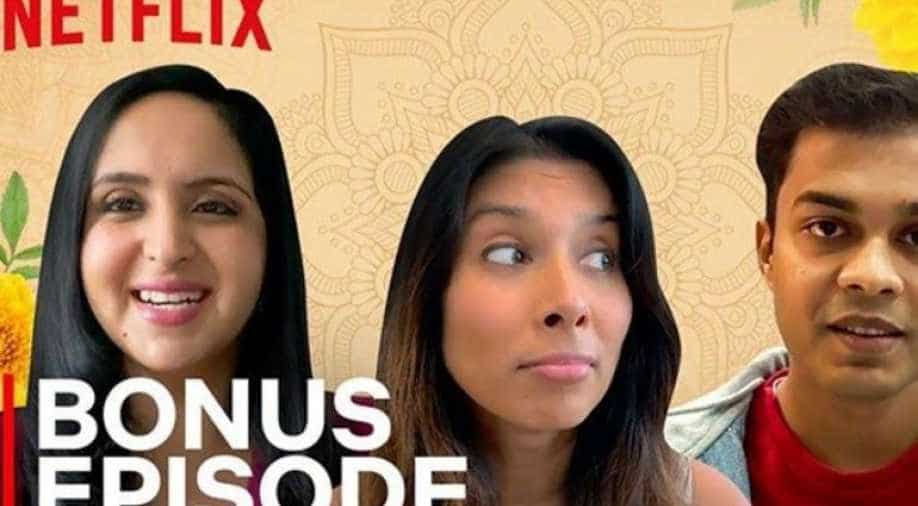 Netflix reality series 'Indian Matchmaking', is been a talking point since its release, and Sima aunty aka Sima Taparia and her cringe-worthy dialogues in the series has taken the Internet by storm.

Like the show, gave many of the questions unanswered, as not a single couple from the show, end-up together and didn't found their life partner, despite Sima aunty hard work.

As now, the streaming service, bring back all the members from the show in a special episode, to solve all the queries of the viewers, in an online chat with Dolly Singh, the show participants Aparna, Akshay, Nadia, Vinay, Guru, Vyasar, Pradhyuman, and Ankita shared their experience and what changes come in their life, since the show started streaming.

One of the participant Aparna by taking a sly dig at Sima Aunty talk about her gender discrimination, in 'Indian Matchamking'. She pointed out that if a boy rejects more than 100 girls but that ohkay with her, However, when Aparna rejected the boys, Sima labeled her as ''stubborn''

Check out the videos here: