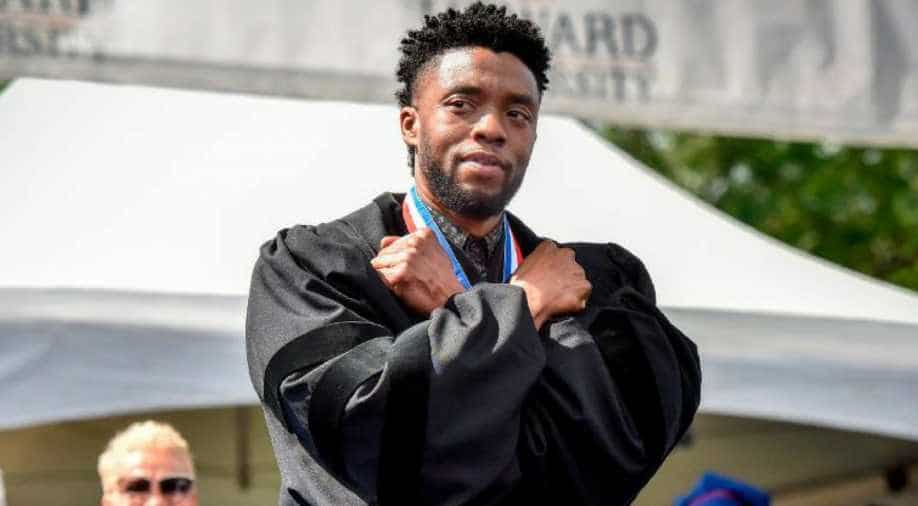 Chadwick Boseman passed away on August 28 after suffering from colon cancer for the last four years.

The final heartbreaking social media post of Chadwick Boseman's demise has become of the most liked tweet of all time.

Also read: Chadwick Boseman was married to his girlfriend Taylor Simone Ledward, months before his death

By retweeting the post, the microblogging site wrote, "Most liked tweet ever. A tribute fit for a King. #WakandaForever''. The announcement post currently has 6.4 million likes and 2.1 million retweets at the time of this article’s publication.

A tribute fit for a King. #WakandaForever https://t.co/lpyzmnIVoP

“Fans are coming together on Twitter to celebrate the life of Chadwick Boseman, and the tweet sent from his account last night is now the most-liked tweet of all time on Twitter,” the company said in a statement.
“Fans are also working to organize ‘Black Panther’ Twitter watch parties using #BlackPanther and #WakandaForever, so Twitter has turned the original #BlackPanther emoji back on so fans can watch and talk about his legacy together,” Twitter said.

Also read: When Chadwick Boseman got teary eyed while talking about his two young fans who died due to cancer

Chadwick's family shared the news along with the actor's photo on his Twitter account. “It is with immeasurable grief that we confirm the passing of Chadwick Boseman. Chadwick was diagnosed with stage III colon cancer in 2016, and battled with it these last 4 years as it progressed to stage IV,” the tweet announced. The post read.

“From 'Marshall' to 'Da 5 Bloods', August Wilson’s Ma Rainey’s Black Bottom and several more- all were filmed during and between countless surgeries and chemotherapy. It was the honour of his career to bring King T’Challa to life in Black Panther. He died in his home, with his wife and family by his side. The family thank you for your love and prayers and asks that you continue to respect their privacy during this difficult time. "

Chadwick passed away on August 28 after suffering from colon cancer for the last four years. The actor, known for his roles as King T'Challa in 'Black Panther', Jackie Robinson in '42', and Thurgood Marshall in 'Marshall'.