Britney Spears and Sam Asghari to tie knot soon? Here's what we know 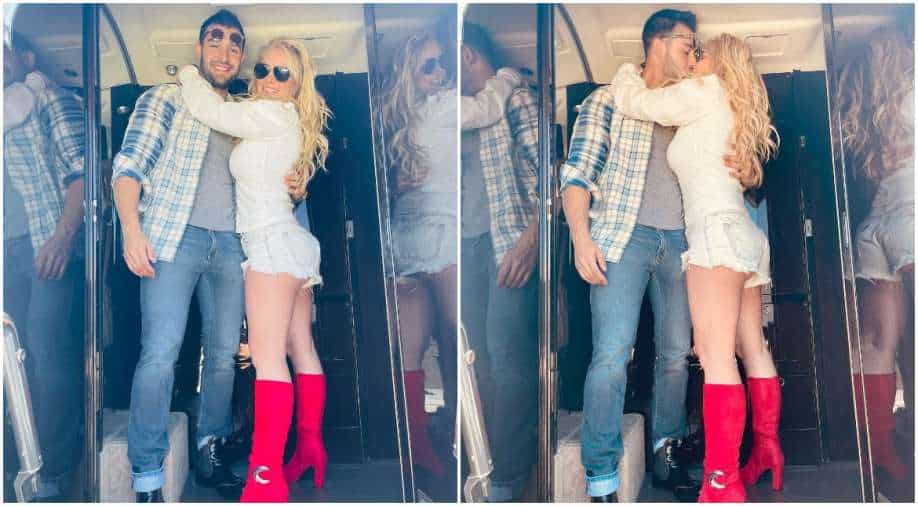 Britney and Sam are off to celebrate her 40th birthday Photograph:( Instagram )

Britney Spears is expecting her third child with Sam Asghari.

Britney Spears and her long time love Sam Asghari have crossed all the hurdles and are set to tie the knot soon, but when?

Spears, who is expecting her third child with Asghari has locked the wedding date, but they have decided to keep the exciting news under the wraps for some time now.

Marking the occasion of Mother's day, Sam took his Instagram account to wish the mom-of-two for the same. But he also hinted about their much-awaited wedding.

Sharing an old picture of their engagement, Sam wrote, ''Our lives have been a real-life fairytale happy mother's day to you my soon to be queen,''
''Also the big day has been set!'' he wrote, before adding ''But nobody will know until the day after,'' hinting that wedding will happen soon.

On Saturday, Britney also shared the first picture of her veil on her Instagram and introduced her new cat Wandy to the world, ''Introducing Wendy 🐈 !!! And yes, this is the veil to my wedding dress 👰🏼‍♀️ !!! '' she wrote.

Britney has teased earlier that Dontrelle Versace is making her wedding dress.

This would be the third time when the Queen of pop will be tying the knot. In 2004, she got married to her childhood friends Jason Alexander and later, she tied the knot with singer Kevin Federline, the formar couple share two boys - Sean Preston and Jayden James, 15.

Last month, Spears sparked wedding rumours from her pregnancy announcement post. Sharing the good news that she and Sam Asghari are expecting their first child on her Instagram account. Interestingly, in the post caption, she referred to her beau as her 'husband' sparking wedding rumours.