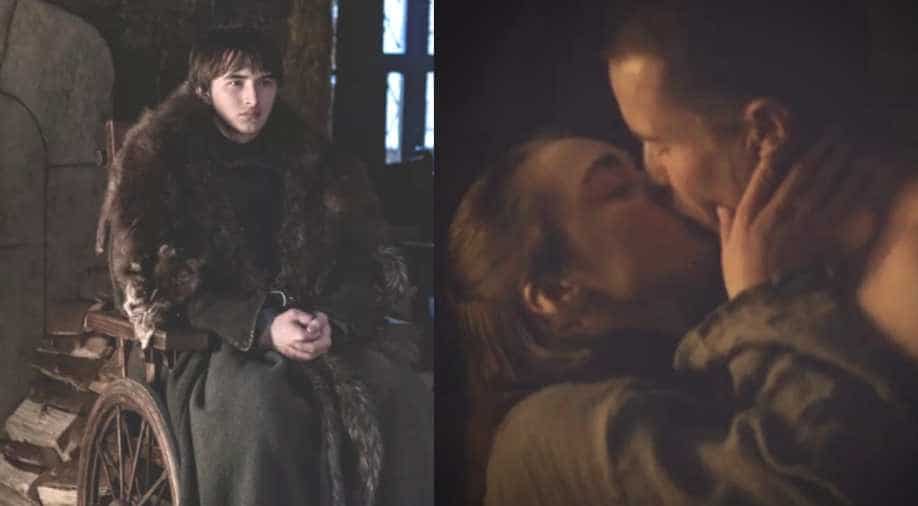 We could have done without this episode as makers keep pushing the best things for the next one. If you don't mind some spoilers, this read is for you.

One more episode down and only four more to go before it all ends. ‘Game of Thrones’ season 8 episode 2 had its ups and downs as the makers steered clear of any character’s death, major plot reveal or a surprise element as it was centred around Winterfell. Major players like Cersei Lannister, Euron Greyjoy and others were thus given a miss. In the last episode, we saw Cersei plotting against those in the Winterfell, read here.

The episode started with the trial of Jaime Lannister at Daenerys Targaryen’s court -- for killing the Mad King, Ned Stark. It’s established here that Cersei has lied to them all by not sending any Army and that Jaime has left her to fight for the living. While both Sansa and Dany want Jaime to be punished, Brienne of Tarth comes to his rescue as she vouches for him. Later on, Jaime returns the favour as he knights her. Jaime and Brienne go on to catch a few glimpses of one another.

It’s at this court when Bran mentions ‘things you do for love’ phrase to Jaime, as a sign of that he knows and remembers. This is what Jaime had said to Cersei as he threw Bran off the tower when he caught them in a private moment together at Winterfell in the first season. Jaime and Bran also speak for the first time in all these seasons.

While a failed pact with Cersei on part of an agreement with Tyrion leads to some love loss between Dany and her Hand, she tries to make amends with Sansa. The meeting goes well until Sansa asks Dany the inevitable question of what will happen to the North once the war is won and over. Sansa tells Dany that the North will not bow again, something that doesn't go down too well with Dany.

At the very start, we are told that the White Walkers will reach Winterfell in a day’s time so obviously, each of the characters is in the mood to prepare for an impending war. While Gendry is busy making swords and daggers and axe with top mounted with dragonglass, the others are just resting before the dead arrive.

Dany and Jon Snow are not exactly on good terms in this episode with a lot of tension brewing between them. Jon keeps the news of his lineage with him throughout the episode right till the last scene in the crypt as they stand in front of Lyanna Stark’s statue. Dany obviously refuses to believe it as she discredits his sources, both Samwell Tarly and Brandon Stark who happen to be his best friend and brother.  She tells him that if this is true, this makes him the last male heir of the Targaryen clan -- giving him a claim to the Iron Throne. They leave at the sound of the horns, as we are then shown Night King and his Army of the Dead look on at Winterfell from a distance.

There’s some romance too as Arya and Gendry make love. She tells him that this could very well be their last night so they should do it. This was after Gendry gave Arya her weapon, a double-edged, dragonglass-based spear. We wonder how the weapon could make a difference in the war, considering Arya is one of the finest killers the team has.

There’s also some sparks flying between Tormund and Brienne who, when he arrives at Winterfell, asks of her whereabouts. In fact, he was instrumental at getting Brienne knighted, says that if he was a King then he would personally knight her 10 times. This follows Jaime knighting Brienne. Tormund, however, also noticed something between Jaime and Brienne and takes it upon himself to show off a bit as he tells how he got the name ‘Giantsbane’ as opposed to Jaime being called ‘Kingslayer’.

Greyworm and Missandei have a sweet moment as he promises to take her to ‘Naath’, the land of beaches when all this is over.

One character introduced in the episode was Theon Greyjoy of the Iron Islands who returns to tell that Yara is alive and that he has come to fight with the Starks to protect Winterfell. If you observe closely, there's something brewing between Sansa and Theon too although we are not sure how to react to that!

There’s also a lot of mention of the crypt being the safest place for those who can’t fight. Could be that the crypt has its own storyline, further down the season.

Another meeting worth a mention is the final roundtable-style discussion they all have with Jorah, Dany, Jon, Sansa, Bran, Davos, Tormund, Jaime, Tyrion, Greyworm and others. Bran tells everyone that the Night King is after him as he wants to erase this world. The Night King, he reveals, has one goal: to erase Westeros, their world. As Bran reveals, “I am its memory.” This idea is helpfully clarified just moments later by Sam, who explains that Bran’s “memories don’t come from books. And your stories aren’t just stories. If I wanted to erase the world, I’d start with you.”

The Three-Eyed Raven, according to Bran, is a living history of Westeros: a force whose job it is to watch over the world and keep it safe, but also to keep its secrets. For this reason, the Night King wants to hunt down Bran, who is now Three-Eyed Raven — not only to destroy the world’s present but it's past as well. He tells everyone that he should serve as the bait to the Night King as if he falls, so does his army. He suggests that he would sit at the Godswood waiting for him while the others could then target him. He reveals his wrist marks to all, telling that the Night King can see him at all times.

Episode 2 had a span of a day with each character preparing for the great war that will start from episode three as the Walkers are finally here.

Among other things, Samwell Tarly gives his sword Heartsbane to Jorah as an ode to his father who was a mentor to Sam. Considering that the sword is of Valyrian steel, it should come to use with the fight against the Walkers. We also saw Ghost, Jon Snow's direwolf for the first time this season.

Episode three will air next Monday.