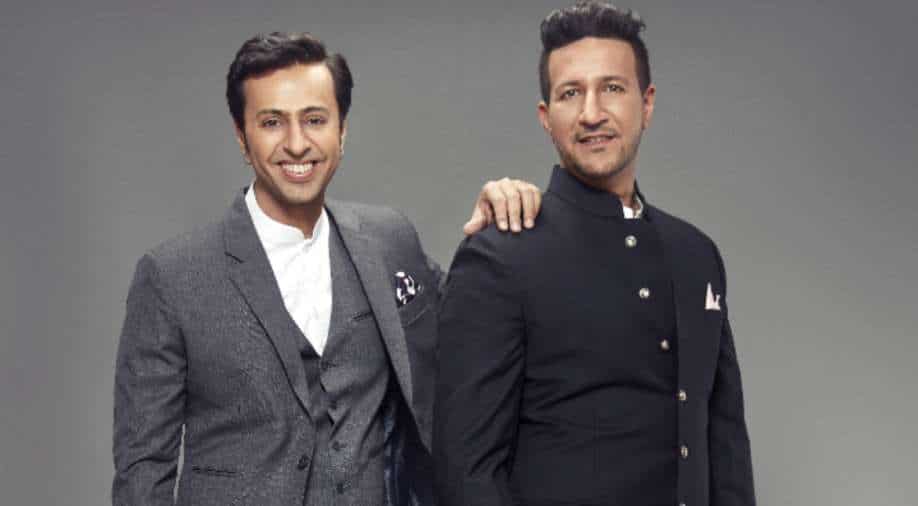 "What’s unfolding in Afghanistan is tragic. Years of incremental progress appear to have been eroded in the blink of an eye," Sulaiman Merchant, of Salim-Sulaiman music duo, tells WION in an exclusive interview.

Straight shooters. High achievers. No-holds-barred interviewees. The Merchant brothers—popularly known as Salim-Sulaiman in Indian music industry—have no qualms about sharing space with other musicians. “(One) should get scared of the fame withering away only when you’re chasing it,” explains Sulaiman, matter-of-factly. They make music out of sheer passion for the art form and not the fame that comes along with the territory, they insist.

In an exclusive interview with WION, the award-winning music composer duo—one of the few musician brothers to be working in Bollywood—discuss working with 25 other artists on their upcoming indie album ‘Bhoomi 2021’, the ‘insecurities’ they never had, the sibling rivalry that never brewed and the tragedy that is Afghanistan.

Excerpts from WION’s conversation with the celebrated music composers. Read on:

WION: To be a successful music-composing duo in Bollywood and releasing all-inclusive albums year after year. How do you both manage to do that?

Salim: Music is our only passion and we feel like we can do so much more with music. We have done so many movies and released a lot of singles. It's a very interesting time in music to grow as a business. That only happens when you continually consistently make music and excel in what you do. It is only because of this commitment to ourselves that we launched our own Music Label "Merchant Records". We feel very proud to be able to create something that will change the rules and keep music alive.We want budding artists to be fearless with their compositions and create music from the heart for the soul. We don’t want them to worry about pressures or costs involved in creating and delivering a hit.

Sulaiman: Music for us is not a profession it is a passion And therefore it never feels like you’re working. Whether we are making music for Films or advertising or non-film albums like Bhoomi, it’s the passion that drives both Salim and me to keep making music and entertaining people.We don’t just want to make great music but want to go about it the right way. Our Music label Merchant Records is not only for Salim-Sulaiman and our objective and long-term vision is to invite the creative community of established, new, and emerging talent to co-create quality music.

WION: Talking about inclusion, your independent album ‘Bhoomi 2021’ has other contemporary musicians’ joining forces with you. Don’t you both experience what we call an ‘artist’s insecurity’?

Salim: First of all Bhoomi 2021 follows the successful grand chapter of Bhoomi 2020 in the ongoing musical movement that Salim-Sulaiman started 20 years ago. Bhoomi is getting bigger and bigger each year as we have participation from so many incredible artists from India. Last year we did Bhoomi 2020 very successfully. This time we have had the vision to not just keep the languages of North India but also go South. We've gone East and West as well. Bhoomi is not just a project which expresses musically and it's not just about our culture but also about our tradition, history, our environment and also our faith.

Sulaiman: There is absolutely no insecurity between composers. At some stage of our lives, all of us cooperate, collaborate , work together, produce music together, sing for each other and there's great camaraderie between us. Insecurity kicks in only when you feel unequal to someone and we have never had that vibe. As far as Bhoomi 2021 is concerned, as the name suggests, it is about the musical influences in terms of styles, melodies, and lyrics across our own “Bhoomi”. So, working with different musicians from the length and breadth of our country brings another layer of authenticity to the concept. That is why in our album we have included three beautiful composers namely Anurag Saikia, Ricky Kej , and Shor Police. Going forward we intend to do more. We want more artists to participate in Bhoomi so that way the movement becomes bigger and we get more diversity in the style of music. There's no question of insecurity as we are all happily creating music without any agenda or competition.

WION: One of the songs you have produced (with Harshdeep Kaur in vocals) is about the Jallianwala Bagh Massacre. Since you talk about human tragedies in your music, what are your thoughts on the plight of Afghan artists fighting for life and artistic freedom?

Salim: I feel terrible about what Afghanistan as a country is going through. It is such a beautiful country with so much culture, tradition, artists and music but because of the current situation everyone is suffering. It's all gone back to hundreds of years behind. Art is one aspect but humanity has completely gone out of the window and that is something that is of a bigger concern.

Sulaiman: What’s unfolding in Afghanistan is tragic.Years of incremental progress appear to have been eroded in the blink of an eye. For a country with such a rich heritage and culture, this comes as a major setback. But, they’ve always been a resilient populace and I hope that they continue to dig deep and strive towards living as normal a life as possible. As part of the global community, we must do what we can to support them.

WION: You are to Bollywood what Russo brothers are to Hollywood—different genres, of course. But, have you ever felt sibling rivalry brewing between the two of you at any point in your career?

Salim: Sulaiman and I studied music together, we are always listening to music together, we were in bands together so it's only more powerful to have two instead of one. We don't have any sibling rivalry but when we make music, we have disagreements and arguments but ultimately music wins and that's the key to make good music and continue your relationship with your sibling and partner.

Sulaiman: Salim and I have been making music for the last 30 years. When you are brothers and partners especially when you’re doing something as creative as making music or performing together I don’t think rivalry even comes into the picture. We both have our strengths that we bring to the table. And we leave the insecurities and negative energies for other people. 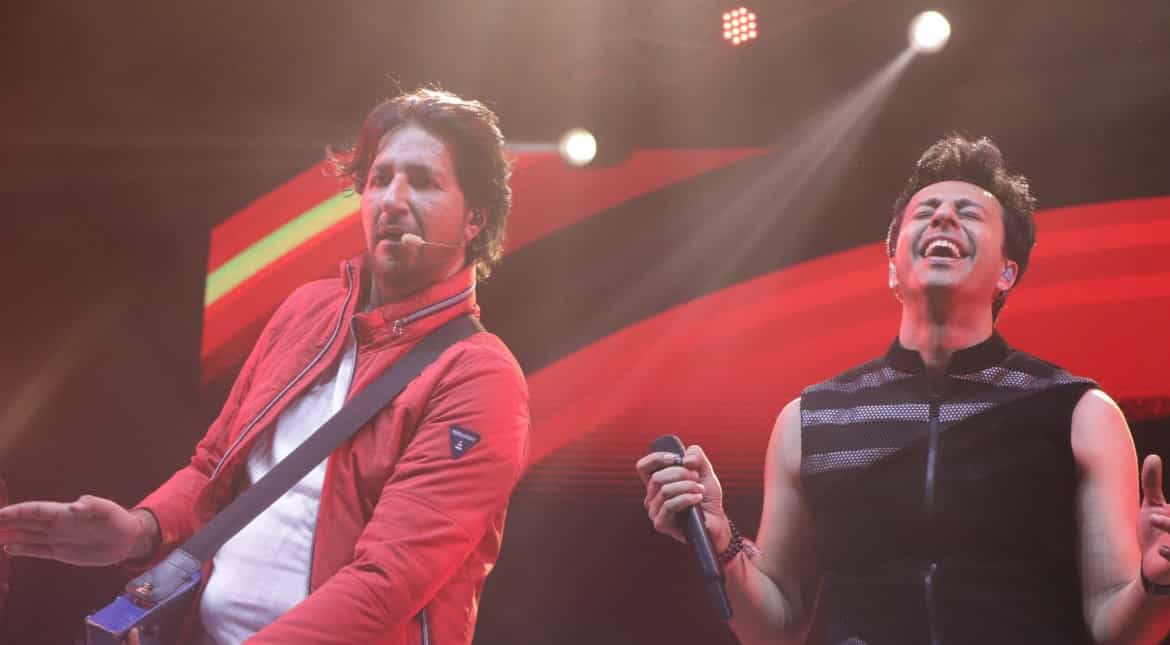 WION: A day will come when there will be fewer phone calls, lesser interview requests to attend. Does the inevitable withering away of fame leave you worried sick? What is fame to you, anyway?

Salim: Fame was never a criterion for us when we started to pursue music. I think we have a lot to yet achieve what we wanted to in music. Fame, Awards, Accolades was never our goal. We always want to make a good song and not a hit song. A hit song will come and go but a good song will be heard forever. We don't make music for fame or glory but we make music for happiness. Also remember that Love is bigger than anything else and is unquantifiable. It’s what keeps us grounded and motivated to do more. We are also deeply grateful to our gurus, mentors, and parents who have given us the knowledge, values, and humility - that gives us the strength, passion, and purpose to spread happiness, love, and peace through our music.

Sulaiman: You should get scared of the fame withering away only when you’re chasing it. We have never chased fame and in fact it came to us when we were busy enjoying our work. If you keep that in mind right at the onset, you will never feel any insecurity. I would rather have my music famous and popular because that will stay on forever. In today's times, the biggest blessing is the fact that we are safe and that God had been kind to us.

WION: Chak De India has been a National Sports anthem for a very long time now. How do you handle the pressure of creating another sports anthem 'Haq Se India' that has a similar kind of expectations from people given the mood is pretty much the same? For this latest number, how do you plan on outdoing yourself?

Salim: When creating music, we always strive to maintain balance between retaining musicality and bringing out powerful emotions at the same time. Haq Se India was a huge challenge because it was encompassing the World Cup which India won in 2007 which was a miraculous victory. Chak De was a huge celebration as the Indian team returned and the movie released in 2007. The film "Haq se India" captures the spirit of that victory 14 years later and now it's releasing just before the World Cup. It was a big high for us and a huge challenge so we wanted to go higher and capture that spirit that Chak De had.Chants of “Indiaaaa” in the backdrop, and the eventual hookline recreate a stadium-like vibe that only add to the adrenaline.

Sulaiman: We wanted to bring back the joyous spirit once again. We hope "Haq Se India” will evoke strong feelings of patriotism and inspire supporters to get behind the current squad; in the run-up to the upcoming tournament. We have tried to create a motivational track that captures elements of team spirit, passion, hard work, celebration, and joy. Amitabh Bhattacharya’s passionate lyrics leave one with goosebumps as Raj Pandit’s high notes bring the track to life.