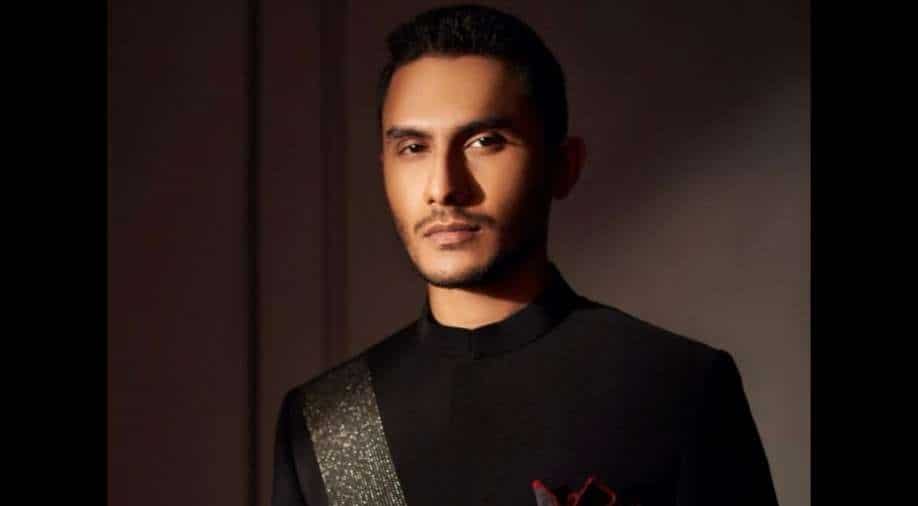 From overnight fame to attempting very different genres in his first two projects, Ritwik Bhowmik believes he has a long way to go to achieve his dreams. In a tete-a-tete with Ritwik Bhowmik aka Dr Sanket of Whitleblower for WION.

We saw him in one of the most talked-about Indian shows of 2020, ‘Bandish Bandits’, as a classical Indian singer and fell in love with the way he romanced music. Actor Ritwik Bhowmik is back but with something different this time, a medical education drama titled ‘Whistleblower’ that focuses on a scam that rocked the nation years ago.

From overnight fame to attempting very different genres in his first two projects, Ritwik Bhowmik believes he has a long way to go to achieve his dreams. In a tete-a-tete with Ritwik Bhowmik aka Dr Sanket of Whitleblower for WION. Excerpts below:

WION: What should the audience be expecting from you in Whistleblower especially after you stunned us with your maiden performance in Bandish Bandits and shot to fame overnight? Also since the two shows are starkly in contrast to one another, one is pure fiction while another takes reference from a scam that happened in real life.

Ritwik Bhowmik: I think the audience should walk towards this show with absolutely no expectations because no matter, what expectations they make, either by comparing my previous work or by watching the present show, they will be going in for a surprise. When they start watching it, because of the number of layers that the show has, whether it's the drama, action, politics or simply the relationships in it – they're all so well-edged out, that no matter how many expectations or how many checkboxes you come up with of trying to see what the show is going to be about, there's always going be something that's going to be new.

WION: And what can you tell me about your character on the Whistleblower?

Ritwik Bhowmik: So, the character that I'm playing is Dr. Sanket. Let's say he is a guy who’s born with a golden spoon in his mouth and he comes from a background of comfort and luxury, and that make him complacent. He's always been good academically. He's been a fantastic doctor. He is good at everything that he does. He's a high-end achiever. But many times, in life, if you're good at everything, there is no excitement left. And in the pursuit of that excitement, sometimes you may take a path that has its consequences. The show for Dr Sanket is about those consequences.

Also read: Exclusive: Deepak Reddy to WION on his film qualifying for Oscars 2022

WION: Is Dr Sanket a fictional character or is it inspired from someone in real life?

WION: What can you tell me about the prep that you've put to get into the skin of the character?

Ritwik Bhowmik: I had to understand not just the thought process, the body language, just the state of being a doctor and a medical student. I also had to pick up the skill, of feeling like a doctor in two months of tests. After having done this, if I walk into a hospital today, and see a doctor passing by, I probably will understand by the body language or by what they say, the situation that doctor is in at the moment. Kudos to the script, which was a thoroughly detailed five hundred-pages in length and was well written, detailed, intricate.

WION: Another project of SonyLIV, Scam 1992 made lead actor Harshad Mehta’s career as he admits. Do you speculate something of the same will happen to you after this scam-inspired series?

Ritwik Bhowmik: I don't know. I mean, it would be great. Of course, I would lie if I said that it would not be right. It would be fantastic if that happened. Yeah, but I have so much love and respect for that guy (Pratik Gandhi), I don't think I could have logically compared and said that maybe it'll happen to me because I can't see myself in the same light as him. I think I've got a long way to go to get there but I do pray and hope that people watch the show, ‘The Whistleblower’. I have no idea what the audience’s reaction will be but I can only hope for the best.

WION: In Bandish Bandits as well as The Whistleblower, we see you in a leading role. You’ve started on a great foot, how do you feel about that?

Ritwik Bhowmik: I've said this before and I repeat myself that I think I'm a very lucky man. I think I'm very lucky in terms of being an actor or just in life, because no matter what has happened to me so far, the kind of work that has come my way, has happened by chance. And none of it is strategically placed where it's supposed to be. So, I, really think that destiny is part of my life and I would not like to challenge it by putting any logical decision in it. And I would just let life happen to me and my career happen to me.

WION: Apart from acting, what do you enjoy?

Also read: '83' review: Ranveer Singh and his men smash it out of the park!

WION: Anything you’d like to mention that you loved watching in the recent?

Ritwik Bhowmik: I have actually taken a nice break from watching because I have been prepping up to watch a fantastic show coming up on 16th December on SonyLIV. It will be a great watch….(he laughs)

WION: Lastly, is Bollywood an eventuality as your next career move?