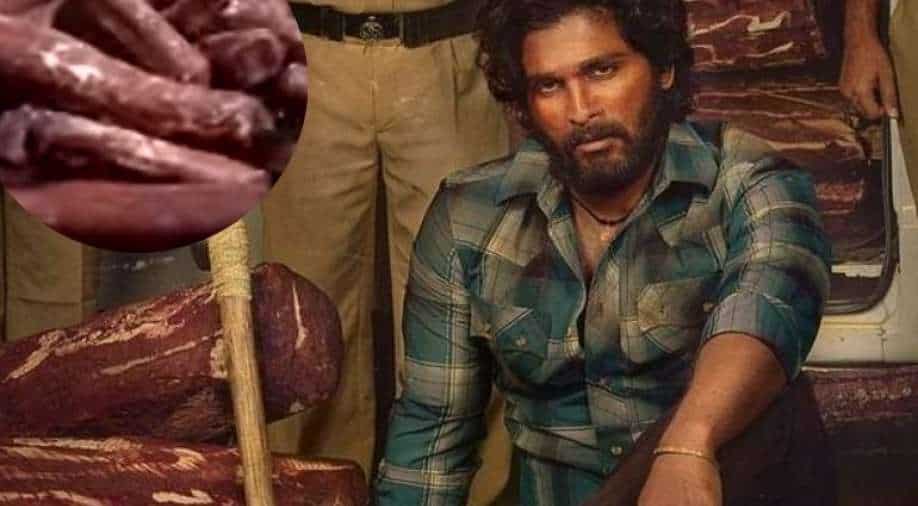 Everything to know about red sandalwood featured in Allu Arjun’s ‘Pushpa' ? Photograph:( Twitter )

'Pushpa: The Rise' is set against the backdrop of red sandalwood smuggling and follows the story of a wager Pushpa Raj.

Allu Arjun and Rashmika Mandanna starrer 'Pushpa: The Rise' is unstoppable! The movie arrived in the theatres on December 17 and has been dominating the box office ever since.

The action drama has garnered a lot of attention and praise from fans as well as critics, and the movies action, songs and dialogue are the new internet obsession.

The film, which is set against the backdrop of red sandalwood smuggling, follows the story of a wager Pushpa Raj, who rises from being a normal wager to the leader of a high-profile smuggling gang with his sharp and clever techniques. Although, in the movie, we get a little introduction of what exactly red sandalwood is and why everyone is after it. But still, for many viewers, it was a new thing.

What makes 'Pushpa The Rise' the most successful Indian film during a pandemic? Trade experts speak

From what it is, where it is found and how it is different from our regular sandalwood, here we have jotted down some information about Red Sandalwood.

What is red sandalwood?

The Pterocarpus santalinus, with the common names red sanders, red saunders, Yerra Chandanam and many others is a sandalwood tree which is red in colour and has so many good benefits: From making antique goods, medicines and majorly beauty projects.

The slow-growing tree has gorgeous redwood.

Where it is found?

Red Sandalwood is native and endemic to India and can only be found in the Seshachalam hills of the southern Indian state of Andhra Pradesh. It was listed as an Endangered species by the IUCN, because of overexploitation for its timber in South India.

Benefits from the red sandalwood?

While it is not widely used in India that much, the timber is highly demanded internationally, especially in East Asian countries. It is used for carvings, furniture, and another thing.

Red sandalwood has historically been valued in China, particularly during the Qing Dynasty periods and it is also used for making the bridge and also the neck of the Japanese musical instrument Shamisen

It is used in traditional herbal medicine and is used in diseases like cough, vomiting, fever, hyperdipsia, helminthiasis etc and is also used for skin care and cosmetic purposes.

The wood is extremely rare all over the world and is highly valued in South East Asia and in the Gulf nations. According to media reports, the cost of 1 kg is said to be in a range from Rs 90 thousand to Rs 1.5 lakh rupees and is sold for millions in the international market, naturally, the smuggling will be high.