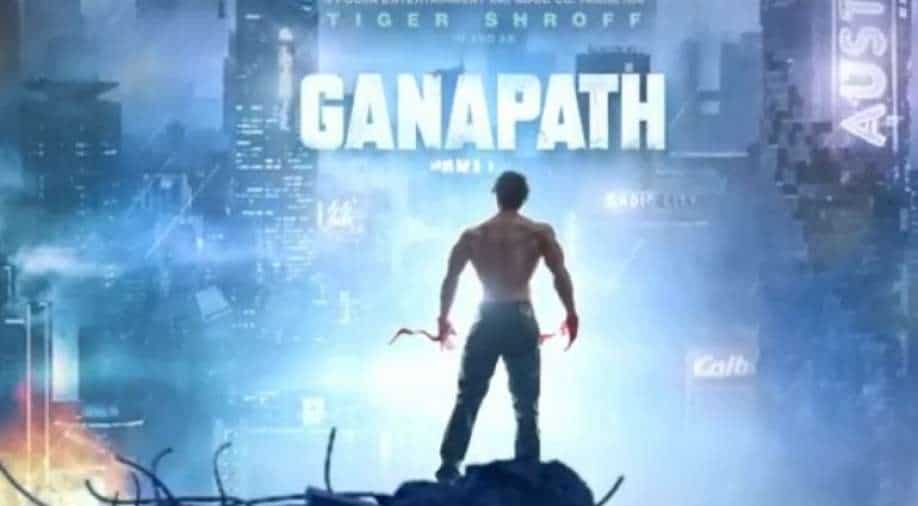 The team of Tiger Shroff-Kriti Sanon's 'Ganapath' dropped a jaw-dropping video teaser that makes you realize the massive scale and cool quotient of the film.

The Tiger Shroff-starrer 'Ganapath' will be a major festive bonanza for fans!

When Pooja Entertainment announced the launch of a mega-budget, futuristic, action thriller 'Ganapath', ripples of excitement and anticipation were unleashed in the trade circles because the Vikas Bahl directorial is supposed to be the most lavishly produced and genre-defining film starring Tiger Shroff.

Right from its poster launch to the announcement of the leading lady Kriti Sanon, the film stuck to a stylish template that gave audiences a taste of the thrills to come. Pooja Entertainment and Good co. have now raised this excitement to a fever pitch by announcing that the film will release on 23rd December 2022.

The team also dropped a jaw-dropping video teaser that makes you realize the massive scale and cool quotient of the film. Tiger's punchline, "Apun ko janta ne aur God ne bola aane ko, to apun aa re la hai", seems like one hell of a commitment. The kind we would look forward to see in action.

As the announcement of the film's release date became public, Tiger said, "Ganapath has been one of my most ambitious and challenging project. This one truly is going to challenge me to an extreme level in terms of action as well the idea is to take the bar a lot higher for myself and Ganapath is just the right vehicle to express a new action for our audiences here."

Jackky says, "During the pandemic, it was tough to conceive a film of this scale and to bring so many people on board but we did it thanks to Vikas! The film has great action, it has a strong emotional core that takes it to another level. Tiger's phenomenal energy, discipline, and commitment to the film have simply wowed us all. This is going to be a landmark film and the fact that it is releasing in my birthday month is just the perfect cherry on the cake!"

Vikas says “If nervousness and excitement leads to a great final output then I want a bit more of both". He adds, "There are a few hurdles given the pandemic situation worldwide but we have a great team and there is immense excitement. Tiger keeps setting the benchmarks for us and Jacky is the adrenalin running in our system.”