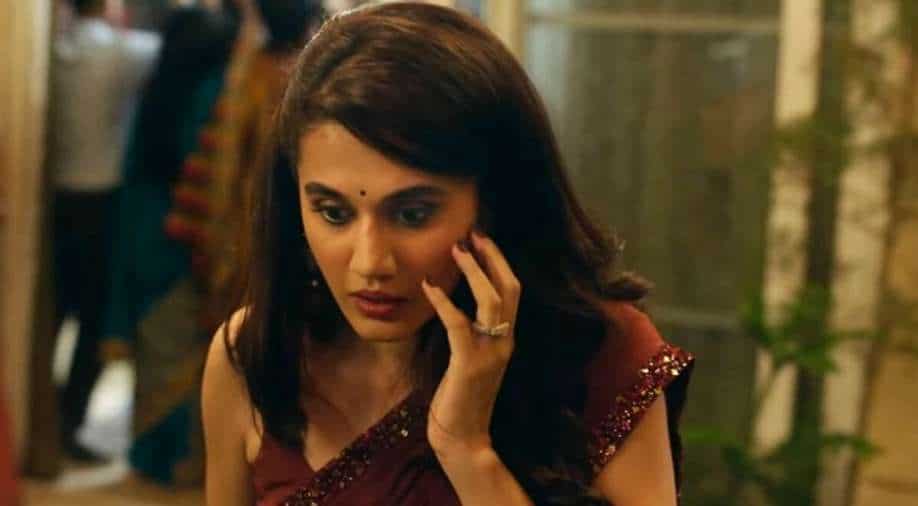 The blockbuster movie `Thappad` for which Taapsee Pannu received several awards including `Best Actor` (female) Filmfare award was both a critical and commercial success.

Anubhav Sinha's film 'Thappad' just added another feather to its cap. The film bagged the Cannes Lion silver medal for being 'The World's Most Reported Trailer. The film released in 2020 and featured Taapsee Pannu in the lead.

Sinha took to his Instagram handle and shared the news by posting a short video of the results released digitally on Wednesday.
In the caption, he wrote, "THAPPAD wins Cannes Lions SILVER for its `Most reported trailer campaign`. What a birthday gift Team. @triggerhappyentertainment #AmitChandrra ZINDABAD!!!"

The promotional campaign featured on YouTube and other official social media sites of the film included the scene from the movie wherein the male lead (played by Pavail Gulati) slaps his wife (Taapsee Pannu) during a party, in front of the guests.

It was campaigned by Dentsu Webchutney and produced by Trigger Happy Entertainment Pvt Ltd.

It was a part of the film`s second trailer that aimed to spread awareness about domestic violence, on which the whole plot of the story was based.

According to the official 2021 Cannes Lions International Festival of Creativity website, the trailer was reported over 400,000 times and was taken by YouTube within 26 hours.

The blockbuster movie `Thappad` for which Taapsee Pannu received several awards including `Best Actor` (female) Filmfare award was both a critical and commercial success.

Helmed by Anubhav Sinha, the movie featured Taapsee as the protagonist who walked out of her happy marriage after being slapped by her husband during a house party. The film raised awareness around domestic violence and initiated convrestaion around an important topic.