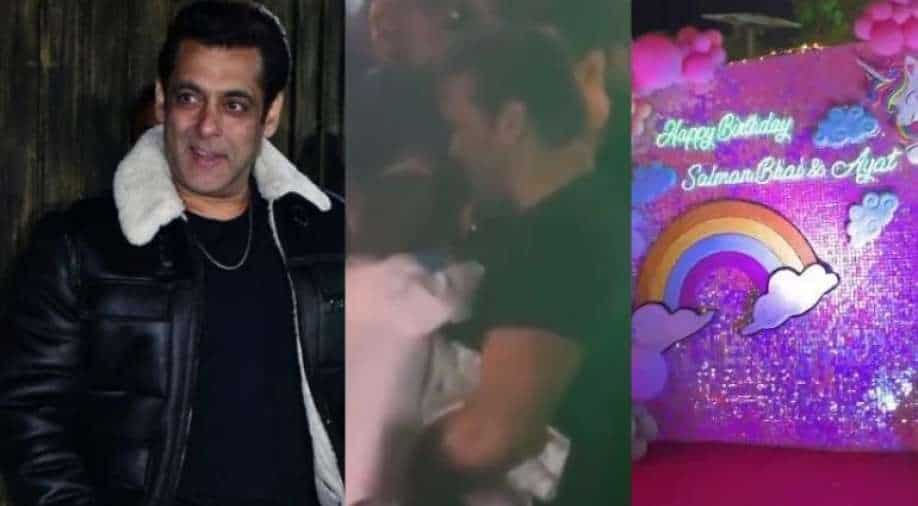 Several videos and photos from the midnight party are all over the internet.

Bollywood superstar Salman Khan turned 56 on Monday (December 27). Khan, who was hospitalised after being bitten by a snake, rang in his birthday at his Panvel farmhouse with close friends and family.

Salman shares his birthday with his dear niece Ayat, his sister Arpita Khan Sharma and Aayush Sharma's little daughter. In many videos and photos, the two were even seen cutting the cake together as the crowd surrounded them in the cake cutting ceremony. Salman Khan: The snake bit me thrice on my hand

Keeping Ayat's birthday in mind,  the theme of the gorgeous decor was unicorns and pink. Film-writer Mushtaq Sheikh shared a photo from the birthday party in his Instagram Stories. In the video, the farmhouse is decorated in pink and purple balloons. The big banner read, “Happy Birthday Salman Bhai and Ayat.”

Several videos and photos from the midnight party are all over the internet.

Bollywood Riteish Deshmukh and Genelia D’Souza were also part of the party. Riteish shared a video from the party, in which he's using a funny Insta filter that asked them to guess Salman’s first movie. 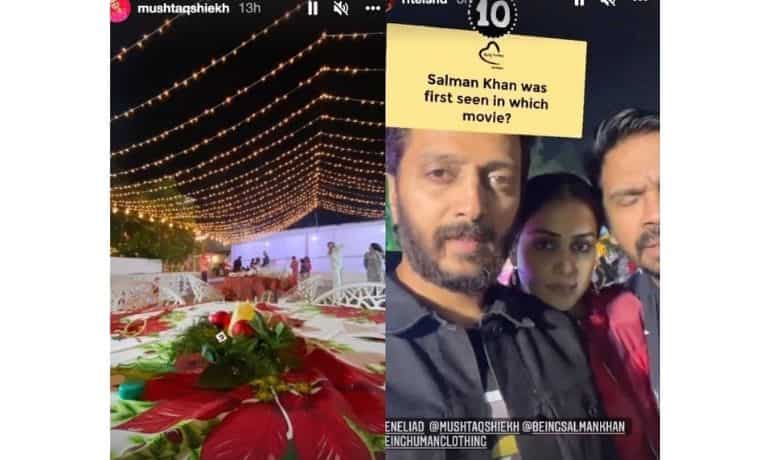 Salman also stepped outside for the paparazzi, who were waiting to capture their favourite star on his special day. 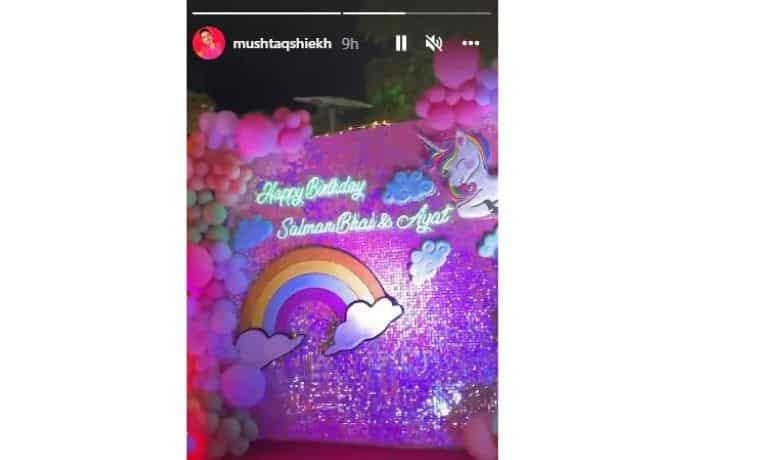