Salman Khan enjoys sunrise in Cappadocia, Turkey as he shoots for ‘Tiger 3’ 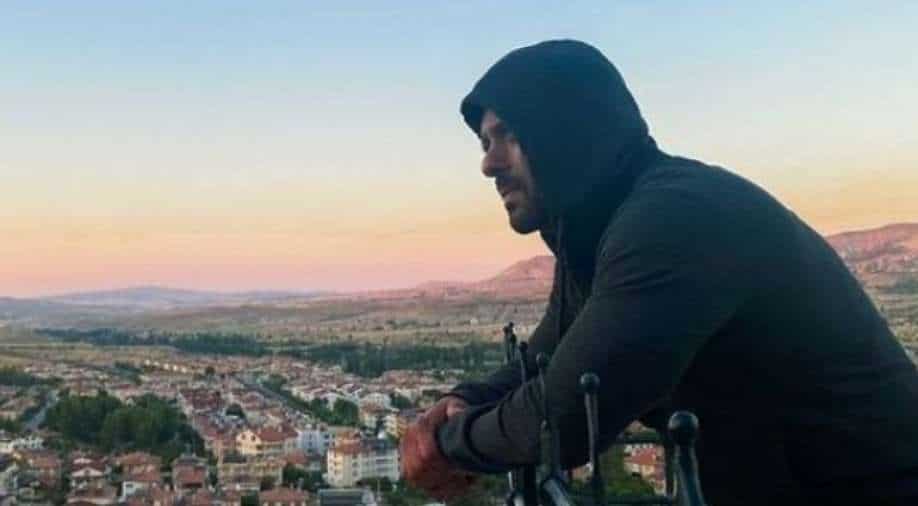 Salman Khan shared a new photo from the shoot location in Cappadocia, Turkey.

Salman Khan, along with Katrina Kaif, is currently in Turkey for the shoot of his upcoming movie 'Tiger 3'.

On Monday, Khan treated his fans with a picture from the beautiful city of Cappadocia, where he can be seen enjoying the sunrise at the shoot location.

Taking to Instagram, the actor shared a new image of himself where he is wearing a hoodie and the view is surely mesmerising. The post was captioned as, ''Sunrise … #cappadocia #turkey''.

Meanwhile, Khan and his co-actor Katrina recently met Minister of Culture and Tourism of Turkey Mehmet Nuri Ersoy. Sharing the image with them, Ersoy wrote in Turkish.

"We came together with the famous actors of Bollywood, Salman Khan and Katrina Kaif, who are in our country for their new projects. Turkey will continue to host many international cinema projects."

Bidding goodbye to the picturesque city, Katrina shared a picture, ''Bye bye cappadocia 🙂@dinleryakup thank u for all your hospitality @kayakapi''.

A few days ago, she treated fans to gorgeous pictures of herself in a flowery purple dress, while she was enjoying her time in Turkey.