Priyadarshan to bring back 2004 comedy film Hulchul' with a sequel: Reports 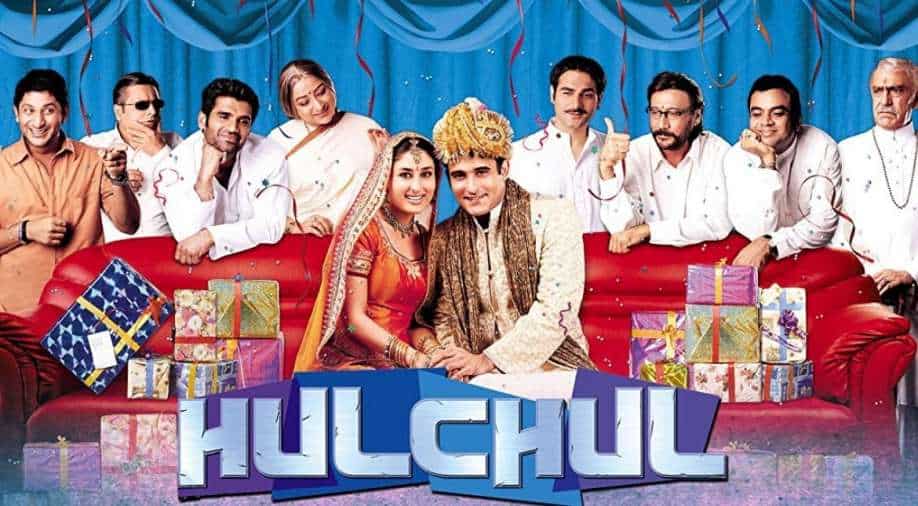 It is unclear if Priyadarshan will be helming the sequel and if any of the original actors will return for 'Hulchul 2'.

Filmmaker Priyadarshan is serious about bringing back his hit franchises and adding to the list is ‘Hulchul’. A slapstick comedy, various reports suggest that ‘Hulchul 2’ has got a greenlight.

It is unclear if Priyadarshan will be helming the sequel and if any of the original actors will return for 'Hulchul 2'.

Reports suggest that the development is currently in the nascent stage.

Meanwhile, Priyadarshan is coming back with a sequel to his 2003 comedy film ‘Hungama’. The original was reportedly a remake of the Malayalam film, ‘Poochakkoru Mookkuthi’, and featured a huge star cast including Akshaye Khanna, Aftab Shivdasani, Paresh Rawal, Rimi Sen, Shakti Kapoor, Shoma Anand, Rajpal Yadav among many others. The new version is being headlined by Rawal, Shilpa Shetty and Meezaan Jaffery.

Not only ‘Hungama’ and ‘Hulchul’, but a sequel to Priyadarshan’s ‘Bhool Bhulaiyaa’ is also in the making with Kartik Aaryan, Kiara Advani and Tabu in the lead. However, Anees Bazmee is directing the second version.