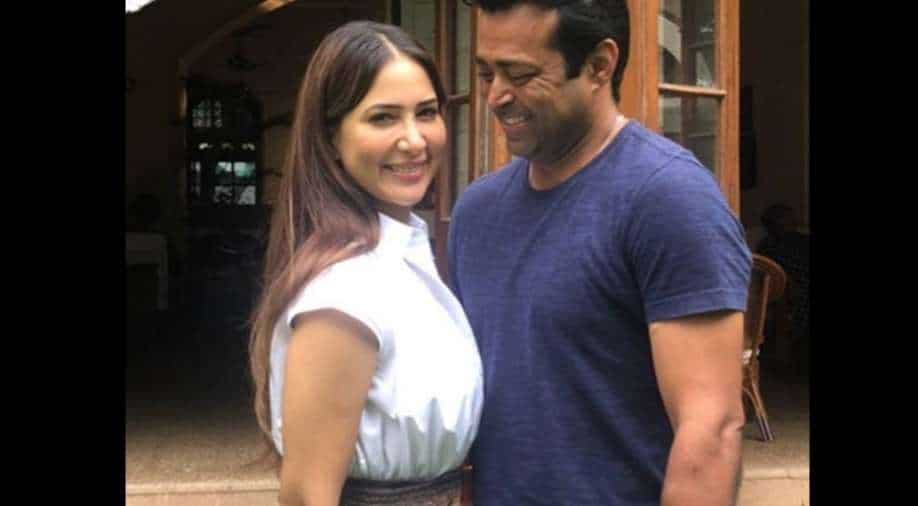 They finally confirm! Kim Sharma and Leander Paes are an item together as she made her relationship Insta official.

The actress took to her Instagram handle to share a photo with the tennis player. While Kim faces the camera, Leander has reserved his eyes only for the actress. She shared the photo with a nazar amulet emoji and a couple kissing emoji.

Kim Sharma and Leander Paes’s dating rumours began when they were spotted holidaying together. The duo vacationed in Goa a few weeks ago. Since then, they have made a number of appearances together.

It was just a month ago when Kim Sharma took to Instagram to pen an appreciation post for Paes. She had shared an old post of Leander’s winning moment at the Atlanta Olympics and congratulated him on the 25th anniversary of his bronze win.

Meanwhile, there is an upcoming docu-drama on tennis stars Mahesh Bhupathi and Leander Paes by filmmaker Ashwiny Iyer Tiwari and Nitesh Tiwari. Titled Break Point, the ZEE5 series will be a special behind-the-scenes narrative on their Wimbledon win in 1999.