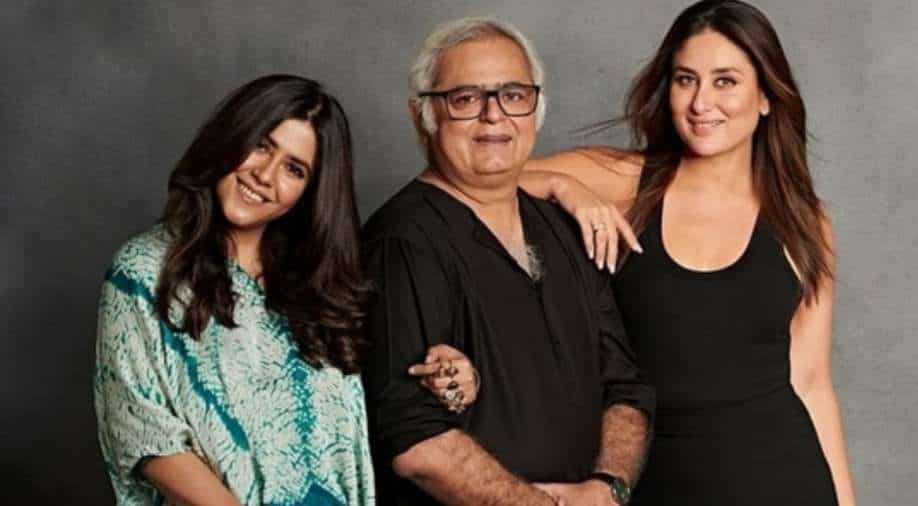 After 'Laal Singh Chaddha', Kareena Kapoor to now get busy with another film post giving birth the second time. She took to her Instagram to announce the next film with Ekta Kapoor and Hansal Mehta.

Kareena Kapoor announced her next collaboration with none other than Hansal Mehta and Ekta Kapoor. Taking to Instagram, Kareena wrote, “New beginnings” along with a picture of the trio.

Hansal Mehta also shared the same picture on his Instagram account with the caption, "They are incredible women and I’m thrilled to be working with them (and to be in the same frame as them) Looking forward to this journey @kareenakapoorkhan and @ektarkapoor."

Ekta Kapoor too expressed her excitement over the collaboration. "Collaborating with some of the finest and most talented people @kareenakapoorkhan and @hansalmehta … can't wait to begin this exciting journey together!" she wrote.

Yet-to-be-titled, Kareena’s first film post giving birth the second time will be special for her. She is currently also busy with ‘Laal Singh Chaddha’ with Aamir Khan in the Hindi remake of ‘Forrest Gump’.

Meanwhile, Hansal recently announced he will be working with Kartik Aaryan on an action-drama film ‘Captain India’. Produced by Ronnie Screwvala and Harman Baweja, the film is inspired by India’s one of the biggest and most successful rescue missions.

Kareena recently announced her book on her experiences during her two pregnancies.