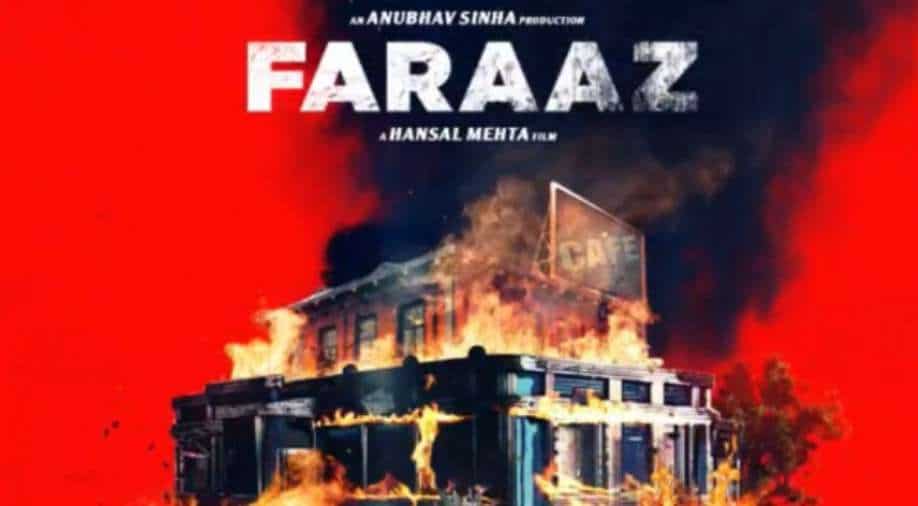 Hansal Mehta announced 'Faraaz', a new film that many would call an ambitious project as it brings together the former with Anubhav Sinha and Bhushan Kumar of T-series. The film will chronicle the events thar took place on the night of July 1, 2016 in Dhaka when five militants attacked an upscale cafe and held over 50 people as hostages for more than 12 hours.

Hansal Mehta announced his next venture titled ‘Faraaz’ as he shared the upcoming film’s poster on social media.

The film is based on the events that took place on the night of July 1, 2016 in Dhaka when five militants attacked an upscale cafe and held over 50 people as hostages for more than 12 hours.

An ambitious project on 2016 Dhaka attack is is a collaboration between Hansal Mehta and Anubhav Sinha along with Bhushan Kumar.

‘Faraaz’ was announced over a 12-hour live countdown with celebs from Bollywood including Kareena Kapoor Khan, Ayushmann Khurrana, Kartik Aaryan and many others hyping the upcoming film.

In the face of violent adversity, humanity wins!
Excited to collaborate with @anubhavsinha and #BhushanKumar on our labour of love #FARAAZ.
Featuring an exciting ensemble including the gifted @zahankapoor and @adityarawal1 on screen! pic.twitter.com/MPk1Z585XW

On the film, Hansal Mehta said, "Faraaz is a story of deep humanity and its ultimate triumph in the face of violent adversity. While it is based on true events, it is also a deeply personal story that I’ve held close to my heart for nearly 3 years. I’m glad Anubhav and Bhushanji are backing this story and enabling me to make this thrilling drama exactly the way I envisaged. It is exciting to collaborate with such diverse young talent on this labour of love. I can’t wait for the world to see this film."

While Bhushan Kumar said in a statement, "When one is making a film like Faraaz, the first mainstream film made on this horrific attack, from ensuring that we are authentic to the event to getting the right mix of talent, our endeavour is to truly do justice to the subject and elevate the material to a satiating and thrilling cinematic experience.”