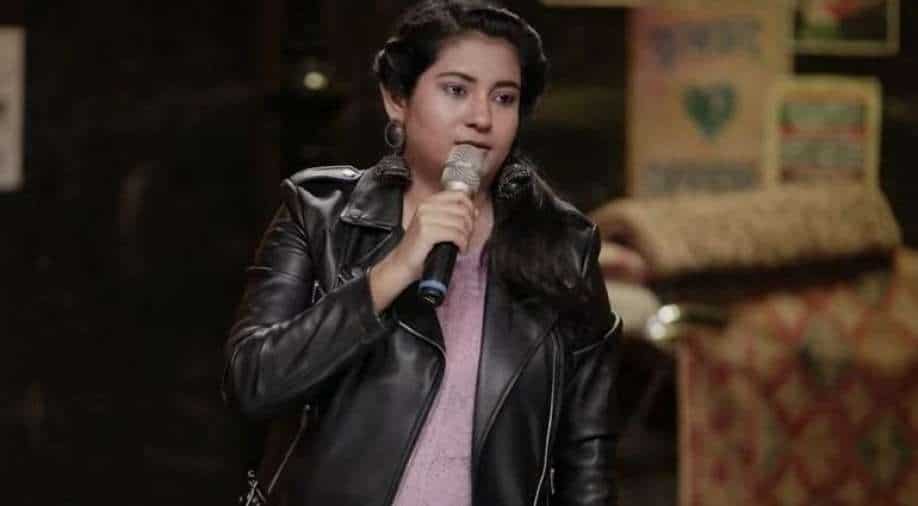 In an exclusive interview with WION, Shaikh, who has come a long way - talks about her new show, the reason why she has a soft corner for gangsters, her future projects and her great bonding with comedian Sumukhi Suresh who has also directed her special.

Writer-actor Sumaira Shaikh, a familiar face in Indian stand-up comedy, has come up with her own stand up special 'Dongri Danger' on Amazon Prime.

Taking pointers from her personal life, the comedy special sees Sumaira aka Baby G, telling stories about road trips, her love for gangsters and how it was growing up in Dongri, a locality in Mumbai among other things.

In an exclusive interview with WION, Shaikh, who has come a long way - talks about her new show, the reason why she has a soft corner for gangsters, her future projects and her great bonding with comedian Sumukhi Suresh who has also directed her special.

Your new special is called 'Dongri Danger'. How did the name come about?

We were confused between many names, like 'Dongi Ki Gundi' and many others but we were sure to stick with Dongri as it was about me growing up in the Mumbai locality of Dongri and all the experiences I've had while growing up there. And So Sumukhi Suresh came up with it an idea of how there is a gangster vibe attached to it and it will help people connect to the show so I decided to go for it.

You said you like gangsters more than fake friends, care to explain why?

The reason I like the gangsters more is because of their honesty, they are upfront. If they like you or even if they don't, there's no hypocrisy in them. People actually call me Baby G on Instagram(laughs). The G stands for gangsters. So, you can call me that. (laughs)

How did this stand up special happen?

The truth is that it’s a dream come true for any comic. Almost, everybody who gets into this profession, their end goal is to record and eventually put it up somewhere. I’m absolutely lucky for Amazon coming on onboard and glad that they said yes. I’m really really excited.

You are preparing for this special for years, isn't it?

Yes, it’s true. Since 2016 I’m preparing for this one when I started doing full-time comedy and all the jokes I have written from 2016 to 2021, till it’s recorded. So it's a dream come true moment for me. My comedic style is a little bit different from others- it's on a different pace and it's honest. It is a dark comedy.

You are a writer, actor and comedian? The one thing you love doing the most

I was a stand up comic first, then an actor and then I became a writer. So, I loved doing writing and standup, their process is sort of similar but as an art form, they both are very different. I loved doing both, in standup the results are quick- right in front of you and in writing there is a lot more hard work involved, you also get a lot of feedback. So, I enjoy the hustle and hard work that is involved in both.

What's in store for the future?

Your family was supportive of your chosen profession?

My family is very funny and there are always jokes going on in the house, that's how I had a vibe of dealing with everything with jokes and humour since childhood. But when I grew up, I realised there's a whole career that one can make of it. That standup is a thing out there. So that's how I came to know about it and I made my way here.

Your thoughts on the future of stand-up comedy?

I feel like comics have grown into other things. Like Sumukhi, who's is a stand up comic and now she's directing a show and there are so many other things these comedians are doing. They are hosting shows and exploring their talent parallelly with standups. So it's very exciting. Even for me- stand up opened writing for me.