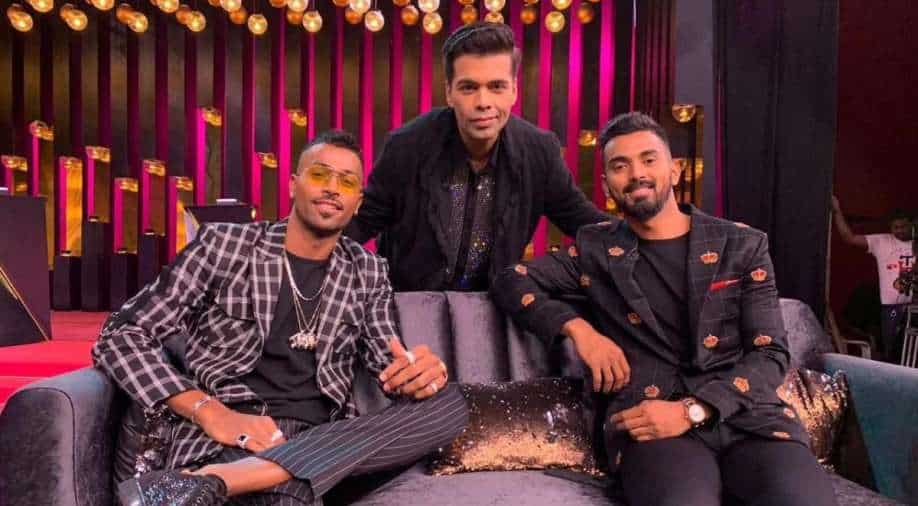 Years after the case was filed against Bollywood producer-director Karan Johar along with Indian cricketers Hardik Pandya and KL Rahul for their 'misogynist and controversial' comments on an episode of 'Koffee with Karan', Jodhpur High Court has granted relief to the trio. As per the latest reports, the case lodged by DR Meghwal at Jodhpur’s Luni police station has been disposed of in the High Court and all three accused have been found innocent.

A report by Times Now stated that none of them were found guilty and that the case has been dismissed. This comes as a big relief for the filmmaker and the two cricketers as they had been subjected to a lot of hate and trolling on social media for the controversial episode.

Hardik Pandya was also under the scanner for his controversial tweet about Dr BR Ambedkar. The cricketer had once tweeted, “Which Ambedkar? The one who drafted a cross law and constitution or the one who spread the disease called reservation in the country.”

Coming back to the 'Koffee with Karan' episode, Hardik Pandya's comments on women left many outraged and as snippets of the episode started doing rounds on social media, many bashed the cricketer for his comments. He later issued an apology on Twitter.

“After reflecting on my comments on Koffee with Karan, I would like to apologise to everyone concerned who I may have hurt in any way. Honestly, I got a bit carried away with the nature of the show. In no way did I mean to disrespect or hurt anyone’s sentiments. Respect," Pandya wrote on his Twitter account in 2019.