'Chhorii' review: Nushrratt Bharuccha takes one for the team 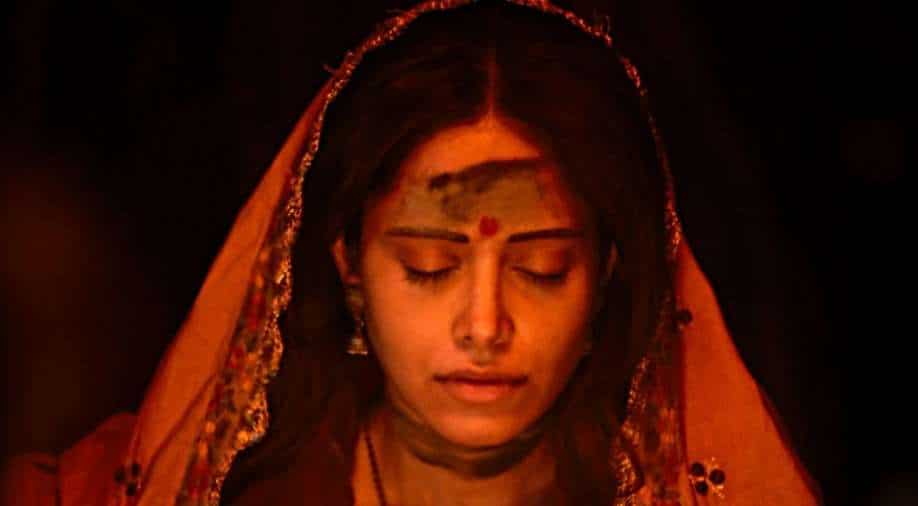 A still from 'Chhorii' Photograph:( WION )

'Chhorii' is a story that deserves to be told and heard--for those who couldn't make it out alive owing to dated, disturbing patriarchal norms that, sadly, a section of the society still subscribes to.

A heavily pregnant Sakshi (Nushrratt Bharuccha) and her husband, Hemant (Saurabh Goyal), are all excited about the impending arrival of their baby and seem like a couple that is truly comfortable in one another's company. However, loan sharks have forced Hemant and his partner to move to a secluded place after he fails to repay the money despite repeated threats to his life and that of his loved ones.

Little did they know that the house they choose as their safe haven (in a remote hamlet) has witnessed far more cynicism and malign than the two of them could collectively handle: a history so dark that it involves illusions and delusions, and ghosts alike.

Much like its OTT rival's 2020 offering, Netflix's 'Kaali Khuhi', 'Chhorii' takes a straight-cut approach to the evil practise of female infanticide and female feticide in India, with hardcore facts to back their case. The social drama's bold, unabashed narrative technique leaves a lasting impression on its audience solely because of its audacity to pick a topic that has been tucked under the carpet for centuries.

Director Vishal Furia's tale is troubling yet topical and sans any preachy overtones, with a rock-solid story of its own, independent of the social cause it attempts to bring attention to. 'Chhorii' works for the sole reason that its actors act, and not overreact to the social injustices prevalent in our unfair, unforgiving society.
The film seldom gives in to the allure of introducing numerous characters just to make the plot justifiable or worth watching to its viewers: a pregnant woman, her debt-ridden spouse, children that may or may not exist in real life and the occasional yet effective jumpscares and deathly silences. Furia doesn't do melodrama to render gravitas to the script, instead, he incorporates rare chilly moments that heighten the cinematic experience of its viewers and not make it yet another tedious-Bollywood-horror watch. If you know, you know!

The rustic setting of the film delivers a raw and real feel to the film, with crisp cinematography only making it intriguing for the audience. But, that does not mean the film is free from gore and ghastly depiction of human tragedies: dead children imagery crops up more than one is comfortable with.

Nushrratt Bharuccha as a heavily pregnant Sakshi avoids confrontation--both with herself and the world outside--in order to protect her unborn child by seeking refuge in a home that has seen it all. Bharuccha literally undergoes a drastic on-screen makeover with this social-horror drama and her commitment to the role is commendable to say the least. As a woman, she is many things: lover, scared, protective and submissive at times, on deeper levels. Saurabh Goyal as Hemant glides into the role with ease but something is amiss with this casting. Is it him? Or, the lack of depth to his role, who's to say?

If recommendations matter, then 'Chhorii' isn't for the faint hearted: a scary film that is more frightening for its depiction of the earthly world than the paranormal. But, it is also a story that deserves to be told and heard--for those who couldn't make it out alive owing to dated, disturbing patriarchal norms that, sadly, a section of the society still subscribes to.