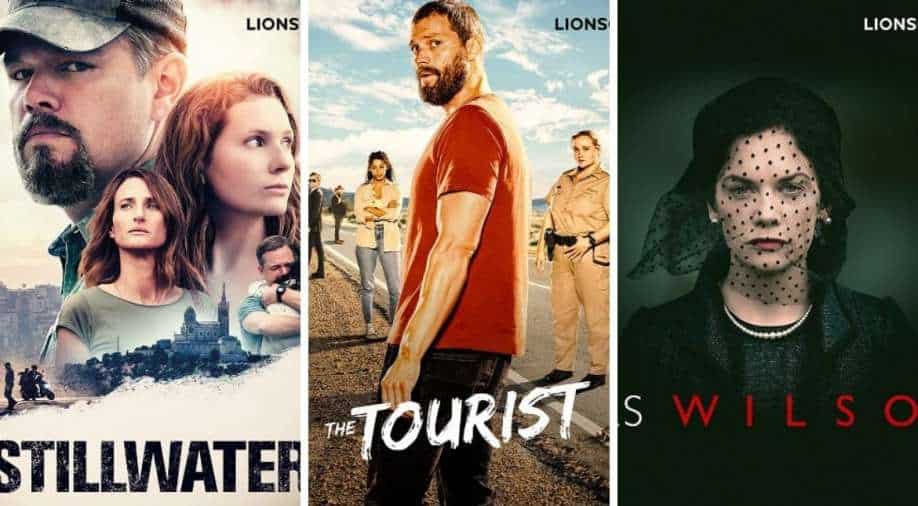 It includes blockbuster hit films and acclaimed series like The Tourist, It's a Sin, 13 minutes, Still Water, Mrs Wilson, Power season 6, Manhattan Night and many more.

Celebrate the month of love with these binge worthy titles on Lionsgate Play that explore romance, drama, and action this February. It includes blockbuster hit films and acclaimed series like The Tourist, It's a Sin, 13 minutes, Still Water, Mrs Wilson, Power season 6, Manhattan Night and many more.

It's a Sin – ‘It’s a Sin’ is has an impressive IMDB rating of 8.7. The internationally acclaimed series has been set in early 80’s and 90’s which centers around HIV crisis that took place in the United Kingdom. The episodic series tells the tale of five gay friends whose lives intersect in a flat, and how they bond in the rapidly spreading aids crisis. The series explores freedom & expressing oneself freely without any hesitation. ‘It’s a Sin’ features Olly Alexander, Nathaniel Curtis, Shaun Dooley in lead roles and is helmed by Peter Hoar.

13 minutes – 13 minutes is an action and mystery flick about a monster tornado hitting a town in Oklahoma USA. As the town is witnessing the tornado, residents are left with only 13 minutes at their disposal to find food and shelter, search for their near and dear ones and do all they can to survive the cyclone.  13 minutes is helmed by Lindsay Gosling and has an ensemble cast including Amy Smart, Thora Birch, Peter Facinelli, Trace Adkins, Paz Vega, and others.

Manhattan Night – Manhattan Night is a gripping crime thriller film that revolves around a beautiful woman; a widow to a filmmaker who is found dead under mysterious circumstances. The film further showcases how a journalist is hired by the widow to investigate her husband’s death and how the reporter’s life changes after he accepts the offer to investigate. He finds himself and his family surrounded by danger upon accepting the proposal. The intriguing film has Adrien Brody, Yvonne Strahovski & Jennifer Beals in lead roles and is directed by Brian DeCubellis.

Mrs. Wilson – Mrs. Wilson is a spy thriller based on a true story of actress Ruth Wilson’s grandmother, Alison, who discovered the mysterious death of her husband. The entire story takes a twist as Mrs. Wilson learns that she is not the only wife of her husband Alec. The husband she knew for 22 years had a secret marriage and is left surprised. As the plot progresses, the thrill keeps the audience hooked on till the end. The series has Ruth Wilson, Iain Glen, Keeley Hawes & Anupam Kher in lead roles. The series is written by Anna Symon and directed by Richard Laxton

Still Water – Matt Damon starrer Still Water is a crime drama directed by Tom Mc Carthy, featuring Camille Cottin & Abigail Breslin in lead roles along with Matt Damon. The film revolves around Bill Baker played by Matt Damon, an unemployed oil rig worker who along with a French woman played by Camille Cottin sets out on an expedition to prove his daughter’s innocence, who is convicted for killing her lover in a foreign prison. However, his daughter claims she has been falsely accused, this makes Matt Damon investigate and do everything in his capacity to prove the innocence of his daughter.

The Tourist – The Tourist is an internationally acclaimed series starring Jamie Dornan of Fifty Shades of Grey fame and Danielle Macdonald. The series follows the lead character Jamie Dornan waking up in an Australian hospital with no memory after his car crashes. As the series further progresses Jamie’s character tries to remember his past with the clues available to him, but it raises questions on why anyone would want him dead. Featuring an ensemble cast including Shalom Brune-Franklin, Ólafur Darri Ólafsson, Genevieve Lemon and others, the series has an impressive rating of 7.1 on IMDB.