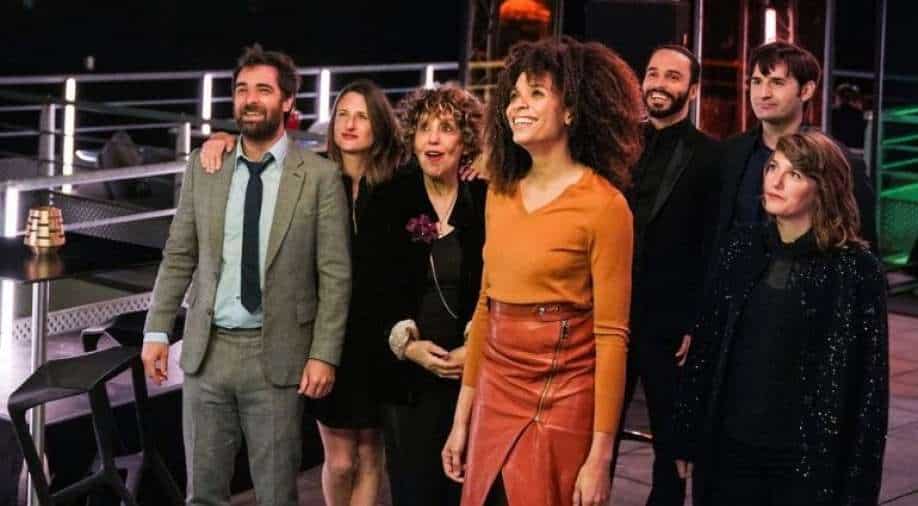 The series of four seasons, originally produced by French TV, became an international smash hit after streaming on Netflix.

Actors in the French TV series 'Call My Agent' can't wait to start work on a feature-length movie of the blockbuster show with New York tipped as the likely location, they told AFP at the Cannes festival.

But fans of the series, which chronicles the goings-on at a Paris showbiz talent agency, have had to wait for more episodes as Covid-19 put the brakes on shooting.

The series's producer, Mediawan Studios boss Thomas Anargyros, told French radio in April that there would be a single feature-length episode of 'Call My Agent' to be produced this year and broadcast by early 2022. While the location has not been confirmed, all signs point to New York City.

"I'm not sure how much I can say about New York for now, but it's in the process of scripting," Nicolas Maury, who plays the agency's assistant, Herve, told AFP in an interview on Sunday.

"I'm all packed already," he laughed. "New York is a city I love and that I fantasise about. It would be amazing to go there, great fun," Maury said.

Cottin, who plays one of the senior talent agents in the series, also seemed ready for the trip when asked about a shoot in New York. "If I need to pack my bags and go, I will," she told AFP.

But Maury still sounded a cautious note, saying that the Covid risk could affect the project, its timetable and its financing. "Everything is still fragile at the moment," he said.

"If there's only enough money to go to (French industrial city) Clermont-Ferrand, then that's where we'll go. Only joking," he said.

The feature-length episode would serve to bridge the gap between the show's fourth season, which aired last year, and a fifth season, which producer Anargyros said he hoped to tackle quickly after the feature.

Commenting on the international success of "Call My Agent", which is being adapted in several countries, Maury said he had only become fully aware of it recently.

"Some international artists I admire came to see me this year and that was very moving," he said.

"It's a comedy about work. And I think a lot of people are interested in that. Work is a big part of our lives," Maury added.

"All these stories about the office, about colleagues, affairs of the heart and the betrayals -- I find they're all done very intelligently in 'Call My Agent'."

Some industry observers, meanwhile, already see Camille Cottin as walking in the footsteps of Marion Cotillard, who has conquered Hollywood.

Cottin is already in a major US production, co-leading opposite Matt Damon in "Stillwater", which premiered at Cannes this year out of competition.