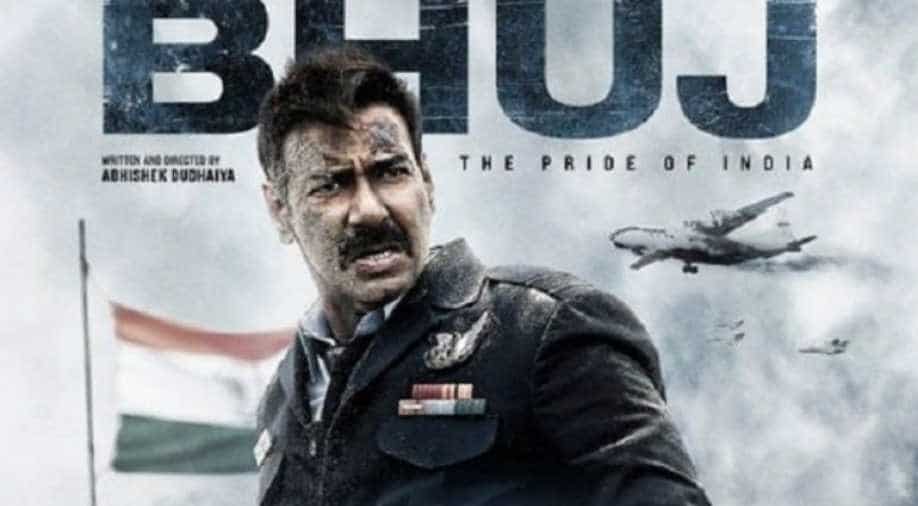 Filmmaker Abhishek Dudhaiya could have done wonders with the actual story of 'Bhuj: The Pride Of India' instead what we get is a loud, jingoistic film that is difficult to sit through for two hours.

Every time you think that Bollywood cannot get more ridiculous with its content, it unlocks a new level. Filmmaker Abhishek Dudhaiya could have done wonders with the actual story of 'Bhuj: The Pride Of India'. The plot which is based on a real-life incident of how locals in the remote area of Bhuj, Gujarat, built an airstrip overnight under the able guidance of Airforce officer Vijay Srinivas Karnik during 1971 India-Pakistan war holds potential. The airstrip was built overnight mostly by women of nearby villages in order for the Airforce planes carrying the Indian army to land safely. It is truly a story of teamwork, courage and valour that would make for a wonderful film especially during the Indian Independence weekend. But what we get in 'Bhuj: The Pride Of India' is far from inspiring or entertaining.

There is Ajay Devgn, who also serves as one of the co-producers of this bizarre film, playing Squadron Leader Vijay Srinivas Karnik. He has a lot going on when his airbase is attacked by the Pakistani Airforce, leaving many of his men injured or dead and an airstrip damaged for flying operations. In an extremely chaotic narrative- which loses focus of the timeline with a blink of an eye- we understand that Karnik gets able support from a local informer Ranchordas Pagi (Sanjay Dutt), a fighter pilot (Ammy Virk), an Army officer (Sharad Kelkar), a spy in Pakistan( Nora Fatehi) and a local woman(Sonakshi Sinha) who fights panthers nonchalantly with a sickle in one hand, holding a baby in the other, to ward off a catastrophe that could have cost India its western regions.

With excruciating details given by glum looking actors on kilometres, distances, various airbases that fly off the head in greater speed than the Pakistani fighter jets bombarding Indian airbases- one's able to understand that the Bhuj Airbase, during the 1971 war, was targeted by the Pakistani army to gain control over western India. This was in retaliation to the Indian army's involvement in the Bangladesh liberation movement.

While I may have sat through 113 minutes of the film to understand the crux of the plot so that it saves time for others, the film painstakingly takes more than 90 minutes to make the audience understand the actual story with multiple jump cuts, out of tune songs, kohl-eyed men, dollops of 'Jai Hind' thrown in at regular intervals and overall Islamophobia and Pakistani bashing. At one point, Fatehi's character shouts back at a Pakistani army officer that his country is the biggest traitor of Islam- a line meant for the gallery.

The film has laughable CGI. I found myself laughing at the elaborate aerial stunts that the Indian and Pakistan fighters jets are shown to be embroiled in - exchanging missiles back and forth generously but missing the target predictably.

Not just the CGI but the action sequences, the screenplay, the dialogues all are unintentionally funny. The Pakistani characters sporadically break into complicated Urdu terms in the middle of proper Hindi sentences just to reiterate that they are Muslim. Then Sonakshi Sinha's character breaks into the most off-tune bhajan or war song (not sure ) in the history of Bollywood music amid rebuilding a crucial airstrip. Most characters shout but not speak to each other. Much like the screenplay, on several occasions, random extras run across the screen cluelessly. Devgn always sashays around the airstrip with two men by his side. When he is not ramp walking on the airstrip, he is rising from the ashes likes a Phoenix after surviving multiple aerial bombings at the base.

There's also south actress Pranitha Subhash who plays Devgn's wife- who in the two-hour runtime has not got a single dialogue. Her role involves looking at her husband helplessly throughout the film. The film is not just badly written but also has choppy editing. So many scenes just make no sense to an already jarring narrative.

Loud, jingoistic, irrational and borderline ridiculous- 'Bhuj:The Pride of India' is not for the faint-hearted. Keep the bottle of aspirin handy.

It is streaming on Disney + Hostar.