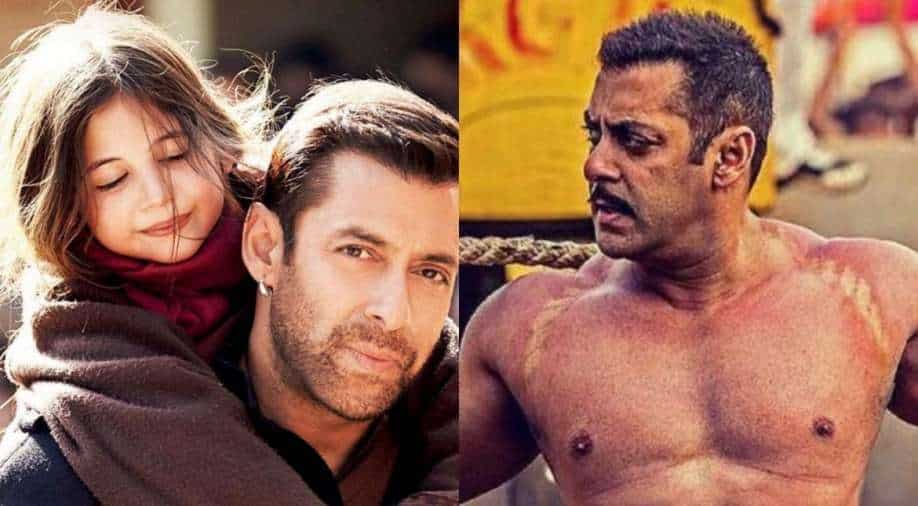 Salman Khan doesn’t have to do anything to get his fans’ attention. He just has to walk that languorous walk and talk that that devil-may-care drawl for the Salmaniacs to go wild.

Bhai doesn’t have to do anything to get his fans’ attention. He just has to walk that languorous walk and talk that that devil-may-care drawl for the Salmaniacs to go wild. But hang on!  There are some films in which Bhai discarded his starry mannerisms and transformed into the character he was playing.

1.     Hum…Dil De  Chuke Sanam(1999):  Not Sooraj Barjatya,  but  Sanjay Leela Bhansali brought out the best in Salman in his second feature film. The two worked together for the first time in Bhansali’s directorial debut  'Khamoshi  The Musical' where Salman put in a neat performance as  Manisha Koirala’s boyfriend. In 'Hum…Dil De Chuke Sanam' Salman’s innate sense  of mischief was soundly tapped. He was very clearly a  success as a  prankster guest in a disciplinarian musician’s household,  Salman even gave farting a heroic legitimacy in this film where his real-life mom Helen played his mother. He loved it. So did his fans.

2.     Tere Naam(2003):  As Radhe the goon who made the pretty Bhumika Chawla swoon in her tracks, Salman  Khan was a delight, As the loverboy suffering psycho-trauma after a  severe head injury he was a revelation. I’ve never seen  Salman transform into a character so effectively in any other film before or since.  Director Satish Kaushik is planning a sequel.

3.     Bajrangi Bhaijaan(2016):   In the very aptly titled 'Bajrangi Bhaijaan' Salman actually slipped into a character named Pavan Chaturvedi. And he remained there. All through. Rarely have we seen Salman stay in character throughout the film. The last time he played a character and not 'Salman Khan' was in Kabir Khan's 'Ek Tha Tiger' .There he kept slipping in and out of character. Not this time, buddy! Not in Bajrangi Bhaijaan. What we see on screen is an avatar of the innocent God-fearing upright and honest 'Prem' from Sooraj Barjatya's cinema, a Hanuman Bhakt whose self-righteousness would have been boring had it been played by any other star actor. We could say Salman plays the Son of Prem in 'Bajrangi Bhaijaan'. And let's not waste any more time in saying this is one of  Salman's career's most accomplished performances to date, heartfelt passionate and emotional, as he takes charge of a little girl's travel plans back to her home in Pakistan.

4.     Sultan(2016):  Nope, you can't touch this. Salman Khan's superstardom is beyond the precincts of rationale or logic. After the heart-warming 'Bajrangi Bhaijaan' act, Salman again pushed himself physically and emotionally to a new level of commitment in 'Sultan'. Playing the goodhearted solidly dependable Haryanvi wrestler Salman brought a kind of feisty vulnerability along with a spiritual certainty to his instantly likeable character. The physical and emotional transformation is so palpable and authentic as to remind us of what Robert de Niro achieved in and outside the boxing ring in Martin Scorcese's Raging Bull. Salman's accent was pitch-perfect. And that's where the performance began. Salman took himself dead seriously, for a  change.

5.     Mujhse Shaadi Karoge(2003): Here’s what producer Sajid Nadiadwala did with his buddy Salman and neighbour Akshay Kumar when they came together. He flipped their personalities. Salman played the god-fearing, honest-to-goodness saintly lover-boy. Akshay played the roguish devilish hard-drinking fraudulent suitor. They both wooed  Priyanka Chopra with a do-or-die vigour. Eventually, Salman got the girl. Eventually, they both stopped doing films with her. But that’s another story.