Anil Kapoor and Anurag Kashyap got into a verbal spat on Twitter? 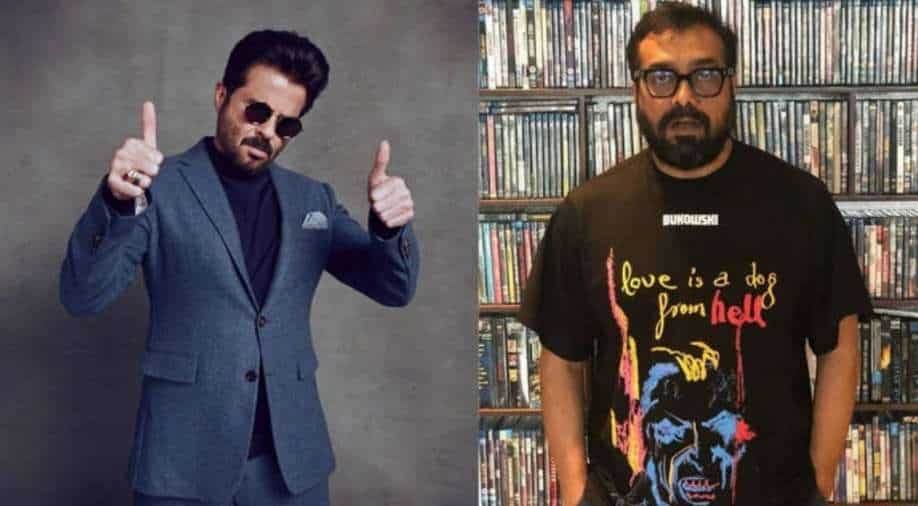 The Twitter exchange between Anurag Kashyap and Anil Kapoor went on for quite a bit. Check out the entire Twitter thread here.

It was a wild Sunday as Bollywood actor Anil Kapoor and director Anurag Kashyap took on each other on Twitter. Call it a new drama or a marketing strategy for their upcoming project together ‘AK vs AK’, the duo trolled each other mercilessly.

Taking jibes at one another, fans of each faction Anil Kapoor and Anurag Kashyap trended their names on Twitter. It started when Anil Kapoor tweeted to praise Delhi Crime team for their Emmys nomination and wrote, “Nice to finally see more of our people get international recognition”, to which Anurag Kashyap replied, “Nice to see some deserving people get international recognition. Waise, aapka Oscar kidhar hain? No? Achha... nomination?”

I've said it once and I'll say it again because they absolutely deserve it! Congratulations to the #DelhiCrime team! Nice to finally see more of our people get international recognition. @ShefaliShah_ #WelcomeToHollywood

Taking a jibe at his role in Slumdog Millionaire that was first offered to Shab Rukh Khan, Anurag said, "Says the k-k-k-ing of hand-me-down films. Weren't you the second choice for this film also?"

Says the k-k-k-ing of hand-me-down films. Weren’t you the second choice for this film also? https://t.co/7pfdatvIGr

Anil Kapoor said, "The closest you have come to an Oscar is watching Slumdog Millionaire win Oscars on TV. #TumseNaHoPayega."

The closest you have come to an Oscar is watching Slumdog Millionaire win Oscars on TV. #TumseNaHoPayega https://t.co/sZzCDhVvAA pic.twitter.com/YhZHKrEFfO

The only reason why I’m crying is because I agreed to do this film with you. But don’t worry, I’m going to have the last laugh. #gameon https://t.co/aikOJvjkRE

The Twitter exchange is a part of promotional activity of their upcoming venture 'AK vs AK'. The Netflix film ‘AK vs AK’ is a story of a film director who kidnaps the daughter of a well-known movie star. As the star searches for his daughter in Mumbai, the director who has kidnapped his daughter films the search in real-time for his next film.