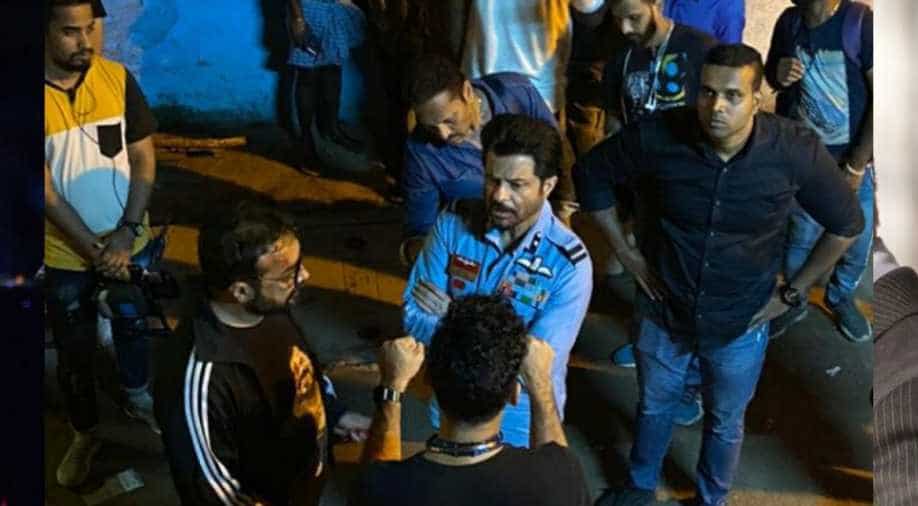 The Netflix film ‘AK vs AK’ is a story of a film director who kidnaps the daughter of a well-known movie star.

Anil Kapoor has started work on his next project, Netflix original movie titled ‘AK vs AK’ that is helmed by Vikramaditya Motwane.

The first schedule of the film shoot commenced in Mumbai. It is currently being shot in the slum area of Dharavi.

The Netflix film ‘AK vs AK’ is a story of a film director who kidnaps the daughter of a well-known movie star. As the star searches for his daughter in Mumbai, the director who has kidnapped his daughter films the search in real-time for his next film.

Interestingly, the film stars Anil Kapoor and filmmaker Anurag Kashyap -- and is evidently named after the initials of the two. We wonder if their characters in the Netflix film will have their original names.

Director Vikramaditya Motwane on ‘AK vs AK’ said, “AK vs AK has an extremely, unique and gripping storyline and Netflix is the perfect platform for it because of their organic disposition to take creative leaps of faith and constantly push the envelope every single time.”

Meanwhile, Anil Kapoor said, “Attempting your craft on a completely different platform is both exciting and daunting, and it’s a challenge I’d take on only with a committed streaming service like Netflix. I’ve partnered with Netflix on Selection Day and Mowgli - Legend of the Jungle in the past and am amazed at how far and wide the stories have traveled. And being able to take this leap with Vikram (Aditya Motwane) and Anurag (Kashyap) promises to be an exceptional experience. I can't wait for these stories to come to life!"