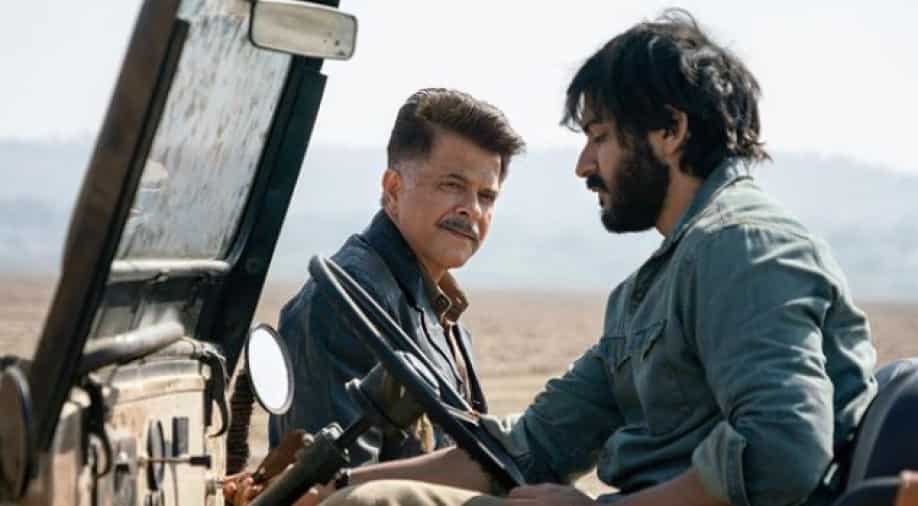 'Thar' is set to premiere on Netflix this summer.

Anil Kapoor and his son Harsh Varrdhan Kapoor's first look from their upcoming movie 'Thar' is out!

The movie is a revenge thriller and also marks the feature directorial debut of screenwriter Raj Singh Chaudhary.

Inspired by the Western Noir genre, the movie is set in the eighties and centres on Siddharth, played by Harsh Varrdhan and his father Anil is playing a role of a cop.

The movie follows the story of a man who moves to a big town to seek a job and to avenge his past. The movie also stars Fatima Sana Shaikh and Satish Kaushik.

This movie is the second collaboration between real-life father duo Anil Kapoor and Harsh Varrdhan Kapoor after 'AK vs AK'.

“The genre itself – a noir thriller set in Rajasthan that pays tribute to the genre of the classic Western is a first for Indian cinema and audiences. ‘Thar’ is a playground where the dynamism of new blood meets the experience of industry stalwarts, both on and off screen,” said Kapoor, who produced through his Anil Kapoor Film Company Network.

“As an actor and a producer, I have always strived to push the envelope and disrupt the status quo with innovative content. ‘Thar’ is a manifestation of this obsession.”

'Thar' is set to premiere on Netflix this summer.