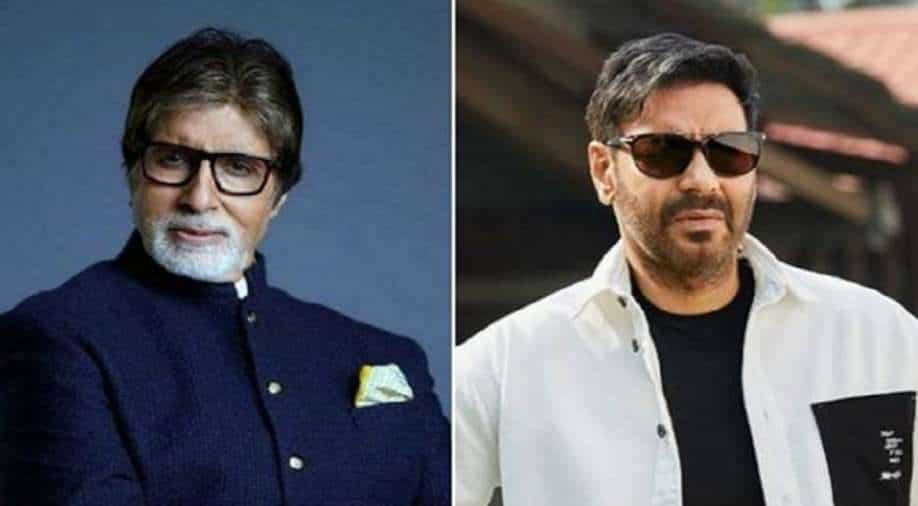 Ajay Devgn and Amitabh Bachchan have previously worked together in films like 'Major Saab', 'Aag', 'Satyagraha' and 'Khakee'

Ajay Devgn is all set to get on the director’s chair once again and this time he’ll be directing megastar Amitabh Bachchan.

Film trade analyst Taran Adarsh shared the announcement news on his social media account. The new film has been titled ‘Mayday’. Going by Adarsh's description, the film looks like a thriller.

Devgn will also star in the film as a pilot. The rest of the cast is yet to be announced. The film will go on floors this year in December in Hyderabad.

BIGGG NEWS... #AjayDevgn to direct #AmitabhBachchan... An edge-of-the-seat human drama... Titled #Mayday... #Ajay is playing a pilot in the film... Remaining cast under finalisation... Produced and directed by #AjayDevgn... Starts this Dec in #Hyderabad.

Ajay Devgn and Amitabh Bachchan have previously worked together in films like 'Major Saab', 'Aag', 'Satyagraha' and 'Khakee'

Currently, Ajay has big releases like Bhuj and Maidaan to look forward to while Big B is busy with KBC season 14.