Abhishek Banerjee: Apart from the pandemic, it's been the best year of my life 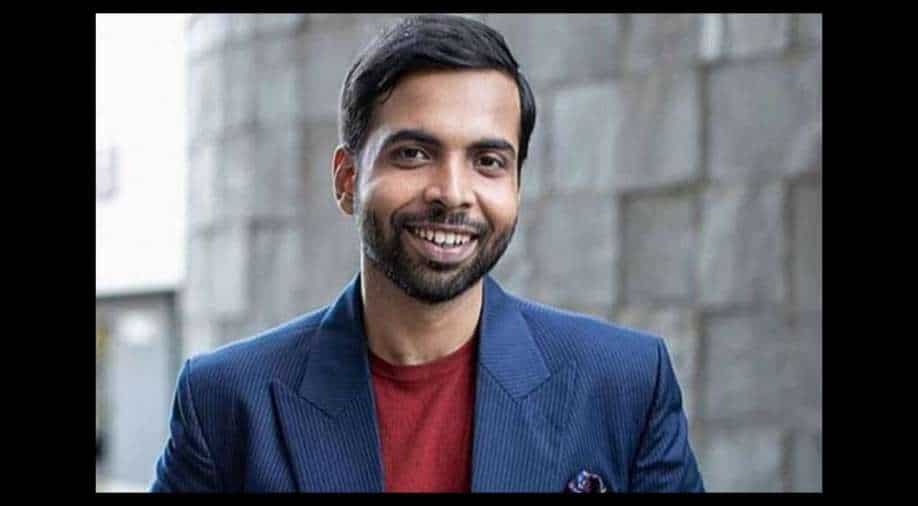 As ‘Unpaused’ premiered today on Amazon Prime, Abhishek Banerjee got talking to WION about his new film, the pandemic year 2020, and expectations from the new year.

You watched him hold the fort in Rajkummar Rao in ‘Stree’, loved him as Munna Bhaiya’s close aide Compounder in ‘Mirzapur’ but most would agree that actor Abhishek Banerjee really shined in ‘Paatal Lok’ as Hathoda Tyagi, the merciless killer who shows no guilt for his innumerable gross killings as he bludgeons people to death with hathoda (hammer). Abhishek admits Hathoda Tyagi is his favourite and most difficult to attempt of all characters on screen. Now, he’s coming back to lighten up our screens with ‘Unpaused’, an anthology of five short Hindi films that were filmed during the lockdown.

As ‘Unpaused’ premiered today on Amazon Prime, Abhishek Banerjee got talking to WION about the pandemic year 2020, filming for ‘Unpaused’ amid lockdown and expectations from the new year.

Out of the five films, Abhishek Banerjee features in Avinash Arun’s ‘Vishaanu’ that tells the story of a young migrant family’s life as they deal with the lockdown imposed due to the coronavirus pandemic.

Filming ‘Unpaused’ While The World Took A Pause In 2020

“Unpaused is a story of a migrant labour family that is stuck during lockdown. Somewhat clueless about the whole situation, as danger seeps in slowly, it’s a story of whether they manage to get out of it or not -- how the less fortunate also have a spirit to live. Unpaused is about hope. It’s about celebrating life,” says Abhishek Banerjee on his recently released film.

It was special for the ‘Stree’ actor as it was his “first job post lockdown”. “As performers we were performing within the time and space of reality. We were all facing the same situation, everybody was scared about COVID. Initially we would panick about the most trivial things -- using elbow to press the lift button or having to use sanitisers regularly. However, it was easier to understand that fear, live that fear and bring it on screen. Usually actors struggle to understand the time and space of the written world but in case of Unpaused, we didn't need rehearsals or readings. We are living that life,” adds Abhishek.

Abhishek Banerjee might have been a part of the entertainment industry for a longer period of time but he admits this year has been extra special for him. “Apart from the pandemic, it’s been the best year of my life. Whatever I was seeking and I wasn't seeking anything extra -- just trust from filmmakers, to have an opportunity to perform. I came to Mumbai to perform, to act and finally after all these years, 2020 has been all that. In 2018 I made an actual debut with ‘Stree’, did ‘Bala’, ‘Dream Girl’ but felt a lack of trust from filmmakers all this while,” admits Abhishek.

“Now I am surprised with the kind of offers I am getting. There is this whole world of imagination about me, and I’m loving it. I have to be more focused now as there’s added pressure. When you have nothing to lose, it's easier. So yes, this has been the most special year. Though I haven't met my parents this entire year. I met them last December,” he says while mentioning that he’s met them just now and the parents aren't very pleased with the whole situation.

“My most favourite character is Hathoda Tyagi. Theres no other way about it,” says Abhishek who went all out playing the merciless killer in hit web show ‘Paatal Lok’. He adds, “Even while performing I knew this is the most difficult part I have attempted in my life. The way the character was written by Sudeep Sharma -- I always feel that writers are creators, they are Brahma. I was very lucky to get this role. The way this character was designed within the screenplay, it was almost like a gift wrapped and served to me.”

Abhishek was doing whatever he got (and ofcourse liked). “I wanted to do Bittu (Stree) but they wanted me to do Jana. I had no clue I could do jana,” says Abhishek who excelled as Rajkummar Rao’s best friend in the horror comedy that was a critical and box office hit.

“I have always said that I want to play a villain. Maybe the things I can't do in real life, I like to do those on screen,” on the eclectic choice of roles we have seen him pick over the years, especially negative characters in ‘Mirzapur’ and ‘Paatal Lok’.

Call ‘Hathoda Tyagi’ a black character and Abhishek will correct you as he sees it as someone who is grey. He explains, “I have played a character called Dhavle. That I will call a black character. I was playing a child rapist in the film. It’s an Indie film available on Netflix. I was very raw at the time but it was the first time I was offered an important role. This role helped me prepare for Hathoda as I always use my previous experiences. Those are my additional skills sets. I will always have tools for the character if I have done something like that. I wanted to attempt Hathoda as an angry, violent guy. It changed when I understood the human being with its added sociological layers -- who are his oppressors, why does he behave the way he does and when you go back to his history, you feel Hathoda’s pain. You feel sorry for him. It was an emotional journey for me. It was possible because I had done ‘Ajji’. It worked better this way.”

But he has a problem in calling the ‘other’ roles he’s done as those of ‘hero’s best friend’. “I find them fun. They are the heart and soul of the film. There are so many actors who are doing it now. I have said no to many such opportunities before but only because they were not written well. Earlier, they never wrote such roles. They wrote those characters as a shadow of the hero and shadows don’t react while now writers make protagonists and the other characters who also drive the film with the protagonist,” subtly hinting that he also has an issue with the phrase ‘hero’ and wants them to be addressed as protagonist/antagonist.” Read 'Unpaused' review here.

“I expect people to be more patient because humans in general have become impatient beings and I hope we make beautiful stories as we need a lot of good stories at this point in time. From an industry point of view, I think we need to craft stories out of our own experiences from the pandemic because we have all had many in 2020. Look at the trailer of ‘AK vs AK’, it looks so different from anything I have seen in the recent,” says Abhishek on what he wants from the new year.

Putting on his thinking cap as an actor, he adds, “It’s time to up the game, to bring forth unique concepts. To make films by breaking the grammar of filmmaking. This year has taught us to adapt as an industry, that we can make films with constraints, no foreign locations, less crew, can use your own space intelligently and more.”