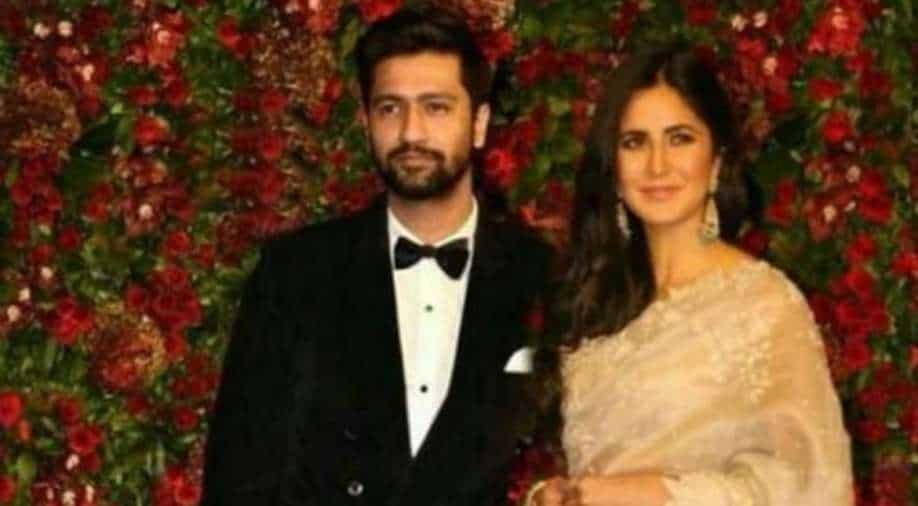 "Salman Khan was also expected to come on December 9, but now the word is that he isn’t coming. Let’s see who comes and who doesn’t," a source told an Indian daily.

It sure is going to be a wedding Bollywood, and its followers, will be  talking for days!

The high-profile wedding of Bollywood megastars--Katrina Kaif and Vicky Kaushal--in December has been keeping media outlets busy for a while now.

Of course, the celebrity couple has been trying to keep all the information pertaining to their impending wedding under wraps but new details about their grand wedding seems to be coming out in the media almost everyday.

A new report by an entertainment outlet stated that a total of 45 hotels have been booked for Kaif and Kaushal's wedding in Rajasthan in December.

After much speculation about the relationship status of Katrina Kaif and Vicky Kaushal, it was recently confirmed by various news outlets that the couple is indeed getting married in Rajasthan. The three-ceremony, with the wedding reportedly taking place on December 9, will happen in the company of the pair's friends and family.

The main event will take place at Six Senses Fort Barwara, a resort in Sawai Madhopur, Rajasthan. While December 7 is for Sangeet, December 8 will mark the Mehendi celebrations with Katrina opting for a special kind of Mehendi design that is reportedly priced at 1, 00, 000 rupees, reports confirm.

Also read: Hollywood heirlooms under the hammer in blockbuster auction

Katrina and Vicky's teams are reportedly busy tying the loose ends and are currently in the process of booking air tickets and finalising accommodation for all their 200 guests.

According to reports, Katrina Kaif and Vicky Kaushal are going to wear ace Indian designer Sabyasachi, who is known for his bridal collections. Katrina Kaif will also be wearing designers Abu Jani (for Mehendi), Manish Malhotra (for Sangeet) and global brand Gucci (for reception).

As per reports, director Shashank Khaitan is the first confirmed guest for the couple's wedding, and some media outlets have also claimed that Shah Rukh Khan will also be present at the destination wedding.