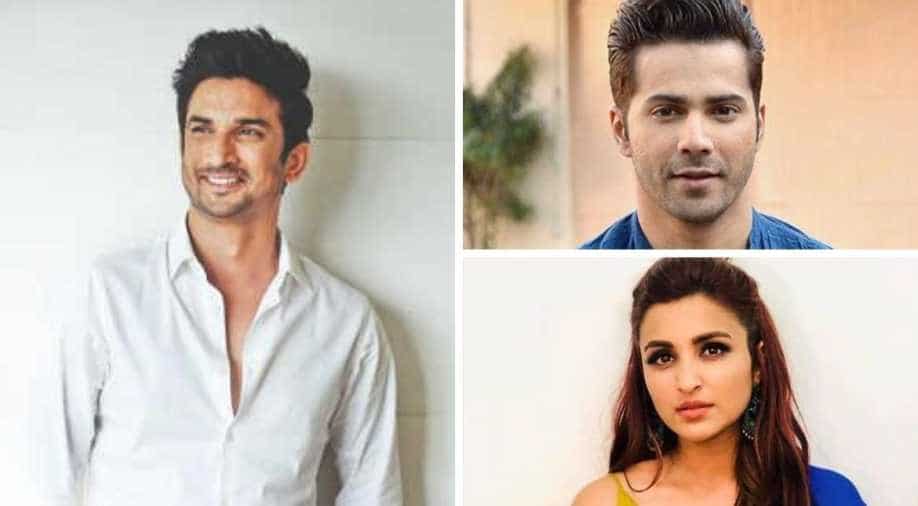 After Sushant Singh Rajput’s sister demand for CBI probe into the death of her brother by suicide, Bollywood celebs have joined in support.

The first to support his sister, Shweta Singh Kirti was Kangana Ranaut who has been vocal about the need for a proper investigation as issues of nepotism and fraud have cropped up. Now, more actors can be seen joining the demand -- Varun Dhawan, Parineeti Chopra among a few. 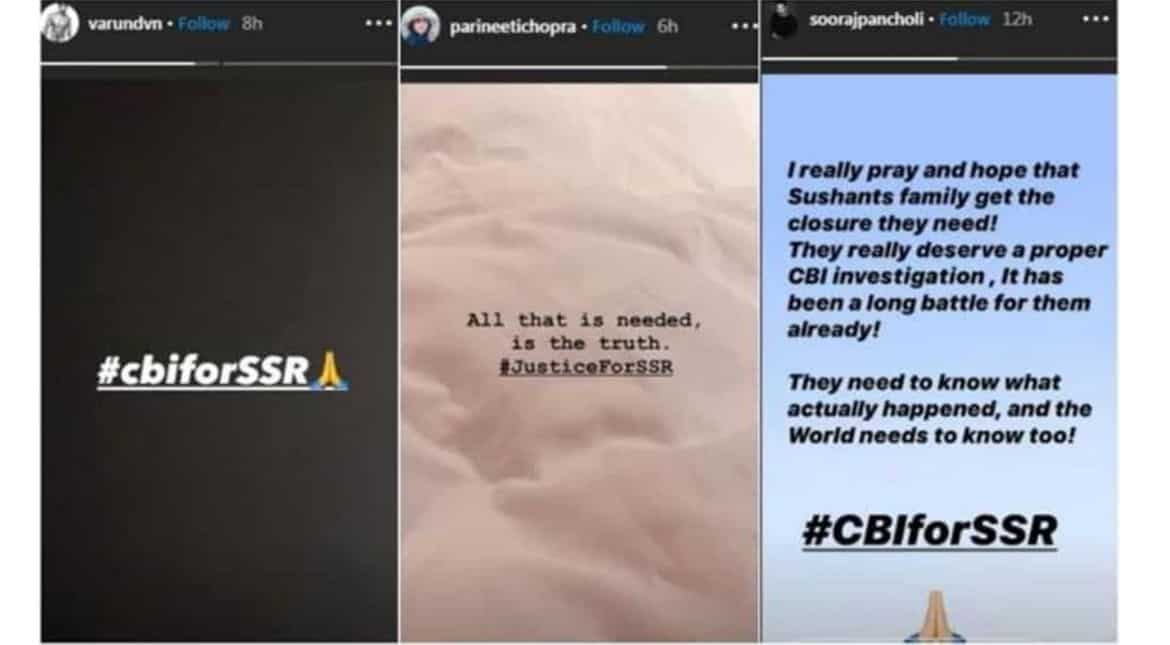 Varun, Parineeti, Sooraj Pancholi posted videos on Instagram asking for CBI probe into Sushant’s death. Sushant’s ex Ankita Lokhande also posted a video asking for the same. In her video, she said, “The nation wants to know what happened with Sushant Singh Rajput. Justice for Sushant. CBI for SSR,” she said, holding a placard. Actor Kriti Sanon had also posted about the necessity of a CBI takeover of the case. She had written, “I pray that the Truth comes out SOON, His family, his friends, fans and all loved ones deserve this closure.. I hope and pray that the CBI takes over the case so it’s investigated without any political agendas, in the TRUE sense, to provide justice to the family!! Its high time his soul rests in peace! #cbiForssR #SushantSinghRaiput.”

In a video message, Sushant’s sister Shweta had said, “Hello, everyone. I am Sushant Singh Rajput’s sister, Shweta Singh Kirti. I request everyone to stand together and demand for CBI inquiry for Sushant. We deserve to know the truth. We deserve justice for Sushant. Otherwise, we will never find closure. We won’t be able to live a peaceful life. Tahe dil se aap sab se request hai ki ekjut ho kar CBI inquiry ki maang karein kyunki humein sach jaan ne ka haq hai (I sincerely request everyone to stand united and demand a CBI inquiry because we have a right to know the truth). Thank you.”

Meanwhile, Sushant’s family has accused his girlfriend, Rhea Chakraborty, of abetment to suicide and misappropriating Rs 15 crore from his bank account in the last one year.