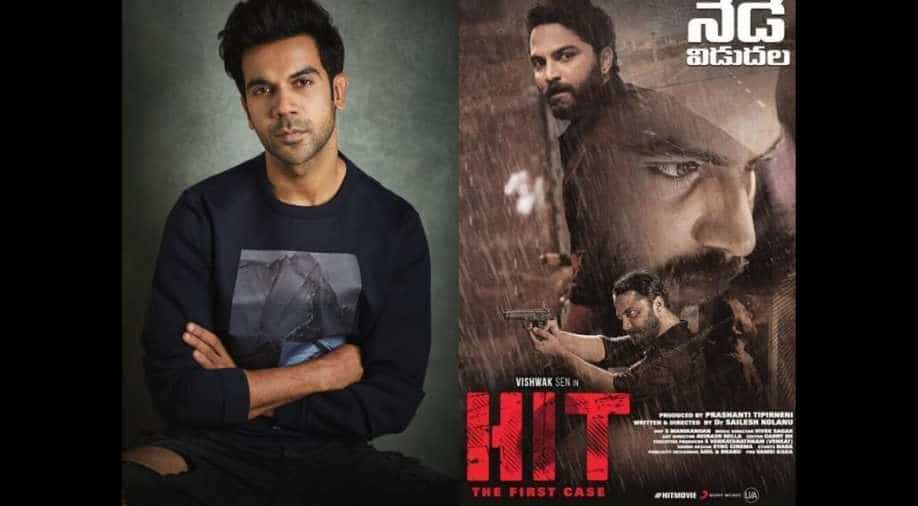 Rajkummar Rao will feature as a troubled cop in the film.

It’s confirmed! Bollywood actor Rajkummar Rao will star in Hindi remake of Telugu film ‘HIT: The First Case’. The remake will also be taken over by director Dr Sailesh Kolanu who helmed the original.

Rajkummar Rao will play the role of a troubled cop. On the project, he said, "When I watched HIT, I instantly connected with the story. It’s engaging and relevant in today’s times. As an actor, I am always on the lookout for characters I have not explored before and HIT gives me the chance to do that. I am looking forward to this journey.”

IT'S OFFICIAL... #RajkummarRao to star in #Hindi remake of #Telugu film #Hit... A thriller... Sailesh Kolanu - who directed the original #Telugu film - will direct #Hindi version too... Produced by Dil Raju and Kuldeep Rathore... Now in pre-production stages... Starts 2021. pic.twitter.com/7jCuPc3pu6

To go floors in 2021, ‘HIT’ revolves around a cop in the Crime Investigation Department who works in the Homicide Intervention Team, who is on a mission to trace a missing woman. The original featured Vishwak Sen and Ruhani Sharma in the lead roles.

The remake will be produced by Dil Raju and Kuldeep Rathore.

Talking of the film, the director said, "He’s a troubled character and I wanted to cast someone who can bring that darkness to the role and still make the audience root for him with a mature performance. I have been following his work since Shaitaan, he is a terrific actor and has managed to surprise us with his performance every time.”