'Bhoot' trailer out: Vicky Kaushal's film will keep you on the edge of your seat 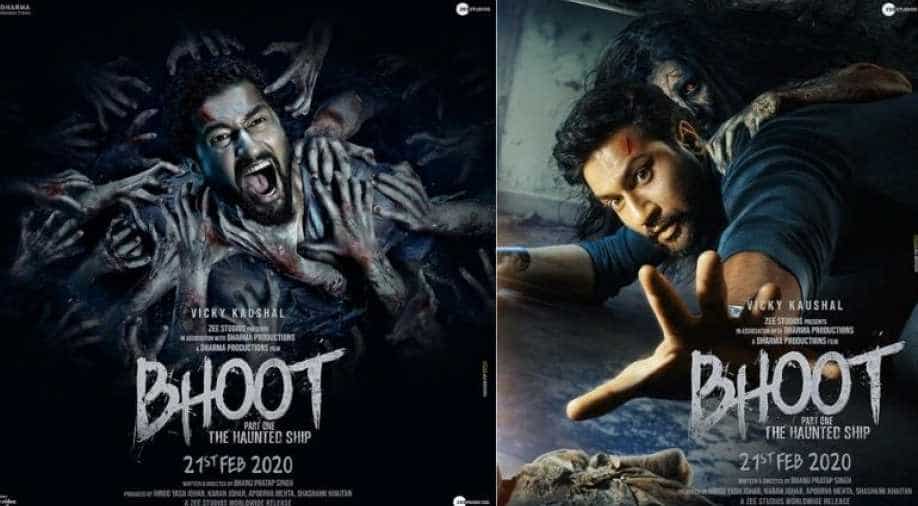 The posters of 'Bhoot Part One: The Haunted Ship' Photograph:( WION Web Team )

Vicky Kaushal is here to give you the spooks as the makers released the first trailer of his upcoming film ‘Bhoot Part 1: The Haunted Ship’ today and it’s already food for meme fest.

Vicky Kaushal is playing the role of a survey officer named Prithvi. As he inspects the ship, a ghost crawls in the background. The trailer then shows him digging up details of the ship, which reveals that it is haunted.

Vicky shared the trailer too and captioned the post: "Bhoot: The Haunted Ship - Official Trailer This February - move, turn & blink at your own risk! #BhootTrailer OUT NOW!"

The film also stars Bhumi Pednekar and is set to hit the theatres on February 21, 2020.