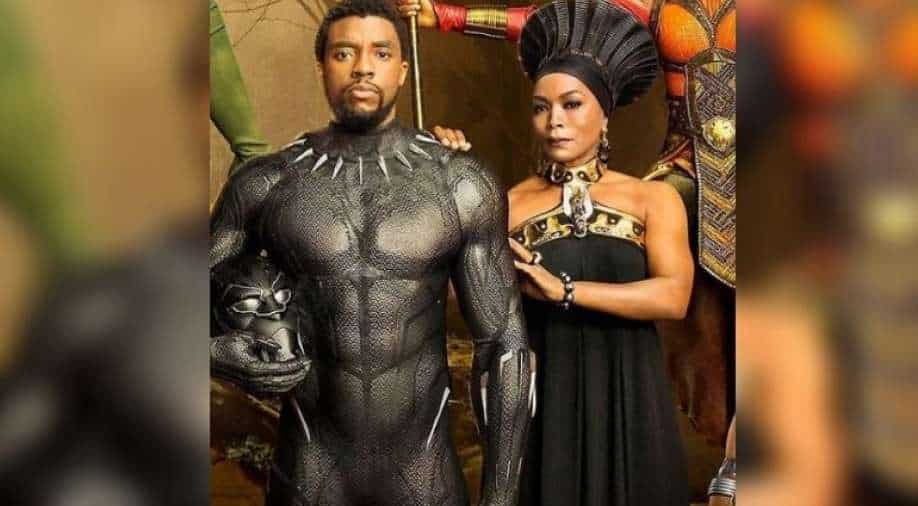 The actress played the late actor's mother, Ramonda, in Black Panther, and touched on the recent news that he would not be recast or digitally recreated in the upcoming sequel.

Angela Bassett has praised Marvel Studios' decision of not bringing in a new artiste or digitally recreate Chadwick Boseman's likeness for the 'Black Panther' sequel as she believes the late actor is "completely irreplaceable".

The actress played the late actor's mother, Ramonda, in Black Panther, and touched on the recent news that he would not be recast or digitally recreated in the upcoming sequel. Boseman, who died in August at the age of 43 following a quiet battle with colon cancer, starred as T'Challa, a.k.a Black Panther, the king of the technologically advanced African nation of Wakanda. Last month, Disney announced that the studio had no plans of recasting the late actor in Black Panther 2.

According to Disney, the second film will instead look at other aspects of the world in which the characters live. In November, Marvel Studios EVP Victoria Alonso also confirmed that the studio would not digitally recreate Boseman's likeness.

"That's interesting," Bassett told ET while promoting the new season of 9-1-1, about her thoughts on not recasting or using CGI for Boseman's role. "Well I had not thought about that idea, but of course it is Wakanda and they are, in terms of technology, they are so far ahead of the rest of the world that they would be able to bring some of that."

"It's a tremendous loss but [President of Marvel Studios] Kevin [Feige] and the Marvel universe and Ryan [Coogler], the director, the writer from before, they are committed to telling [a story] and equally as much as we can, equally planned," she continued. "So we are looking forward to that. Looking forward to what they come up with."

Bassett added that people involved in the film "have to do a major pivot and they are still working on that now because none of us knew anything.". She said the love people have for Boseman cannot be duplicated. "Our brother held it really close, really close to the chest. But his legacy, his loss, the love and appreciation that we have for who he was, and what he shared with us cannot be (replaced). It is missed and appreciated and cannot be duplicated. It's a tremendous honor and, yes, he is completely irreplaceable."

After Boseman's death, Bassett posted an emotional tribute to her onscreen son and co-star.

"It was meant to be for Chadwick and me to be connected, for us to be family. But what many don’t know is our story began long before his historic turn as Black Panther," she wrote, before sharing a sweet story about when they first met. "During the premiere party for Black Panther, Chadwick reminded me of something. He whispered that when I received my honorary degree from Howard University, his alma mater, he was the student assigned to escort me that day. And here we were, years later as friends and colleagues, enjoying the most glorious night ever!"

"I pay tribute to a beautiful spirit, a consummate artist, a soulful brother...'thou aren’t not dead but flown afar...'" she continued in part. "All you possessed, Chadwick, you freely gave. Rest now, sweet prince"

'Stargirl' sequel in the works with Grace VanderWaal at Disney+