This is what Billy Porter wore to the Oscars 2019: A 'tuxedo dress' 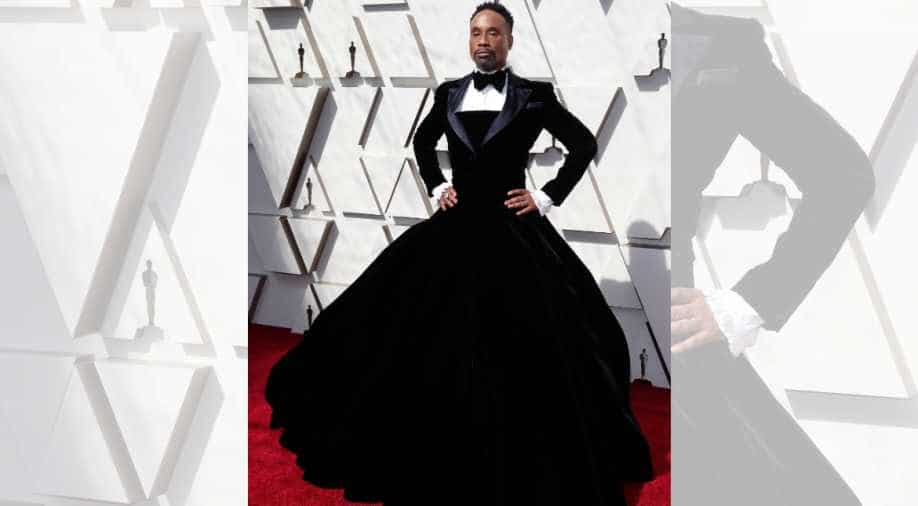 Billy was styled by Sam Ratelle as the dress was made by designer Christian Siriano.

Among all the pink and golden gowns that the Hollywood celebs sashayed in, one gown stood out. Actually, it’s not just a gown but as the internet calls it, a  “tuxedo dress” as it was a tuxedo that was stitched onto a ballgown. See the complete list of winners of the night here.

Black velvet tuxedo dress and a man who knows how to pose -- Billy Porter caught the fancy of paps present.

Billy was styled by Sam Ratelle as the dress was made by designer Christian Siriano.

The entertainer styled the dress with jewellery by Oscar Heyman and Bros. In an interview with a magazine, Billy spoke about his sartorial choice and said, "[At the first fitting in the gown,] I felt alive. I felt free. And open, and radiant. And beautiful! Which has not always been the case for me."

Well we did it!! Golf cart to #redcarpet! @theebillyporter @sammyratelle it was an honor! 🖤