Beyonce drops 'Renaissance' cover along with a touching note 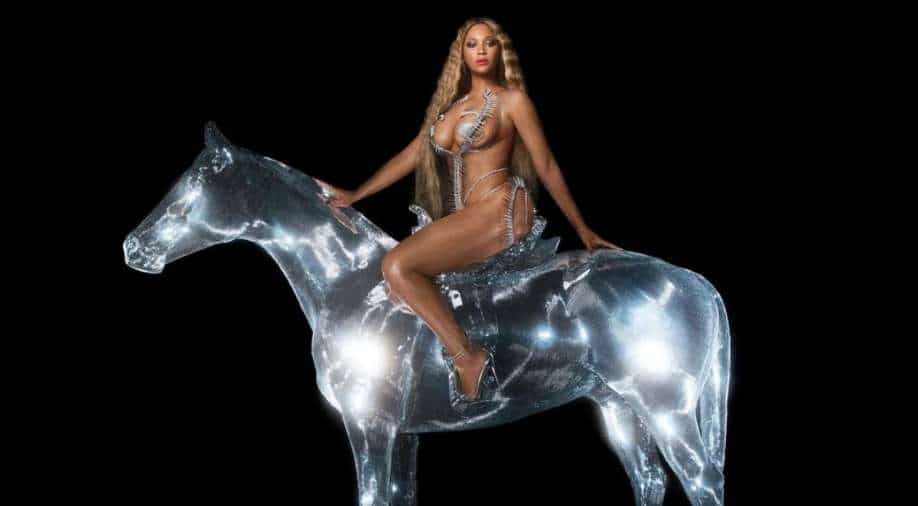 On Thursday, Beyonce dropped the cover of her seventh studio album 'Renaissance', which is all set to release on July 29.

Queen B aka Beyonce has been teasing her fans with updates on her upcoming album 'Renaissance' since June 16. On Thursday, the diva unveiled the cover of her seventh studio album and shared a heartfelt note for her admirers. The cover shows the 40-year-old singer sitting atop a celestial holographic horse and is seen wearing an embellished metal bralet with thongs.

Along with the artwork, Beyonce shared a note, that read, "Creating this album allowed me a place to dream and to find escape during a scary time for the world. It allowed me to feel free and adventurous in a time when little else was moving. My intention was to create a safe place, a place without judgment. A place to be free of perfectionism and overthinking."

"A place to scream, release, feel freedom. It was a beautiful journey of exploration. I hope you find joy in this music. I hope it inspires you to release the wiggle. Ha! And to feel as unique, strong, and sexy as you are."

Seeing the cover, fans started speculating that the image is an homage to John Collier's 19th-century painting 'Lady Godiva'. Some even pointed out the cover's resemblance to a photograph of Bianca Jagger sitting on horseback at Studio 54.

Beyonce surprised her fans a week ago by releasing 'Break My Soul' from her forthcoming solo studio album. The track channels `90s house music and features vocals by Big Freedia.

According to reports, 'Renaissance' will contain country music and dance tracks, although it`s unclear whether the country songs will be released as a separate album or as part of the first `Renaissance` release.

In 2018, Beyonce released `Everything Is Love` with husband Jay-Z under the `Carters` name. In 2019, she released `Homecoming,` an album from her explosive 2018 headlining performance at Coachella. Beyonce has released four albums since 2016's 'Lemonade', although none are full solo studio albums.