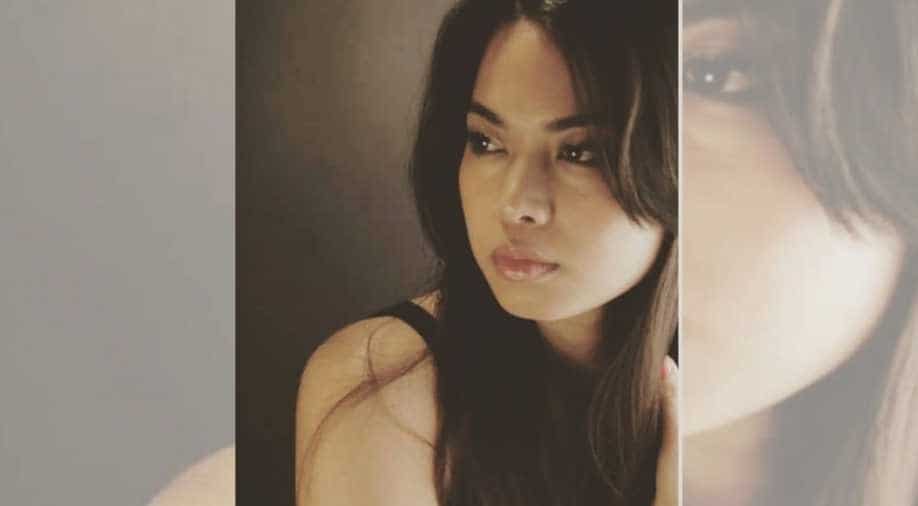 Speaking to WION on her Netflix film, Lin Laishram pointed out Bollywood’s biasness against stories from the north eastern part of India and why we need more such films so that there is a fair representation of her community.

‘Axone’ will always be special for model-actress Lin Laishram as she takes a giant leap towards mainstream cinema. A film that brings forward the north eastern India’s sensibilities with a cast and crew that is mainly from that part of the country, Lin hopes it brings some amount of awareness towards her community.

Speaking to WION on her Netflix film, Lin Laishram pointed out Bollywood’s biasness against stories from the north eastern part of India and why we need more such films so that there is a fair representation of her community which helps to limit racism against people with “mongoloid features”.

With a lot of sentimental value attached to ‘Axone’, Lin Laishram said, “It's not just a film for me because I come from that place, from Manipur. Till date, Bollywood has not picked up any stories, any project with full cast and team from the north eastern states of India. The mainland people have to know about us. We have to know more about mainland India. Interactions between states and cultural exchange is required. There have been no female actors from Manipur before me who have come out and been part of Bollywood. A movie like this will help us on several fronts -- help the rest of India to understand our culture and what we go through when we come out of our states.”

I would like to thank everyone who has watched the film and written such beautiful, heartfelt messages and shared their personal experiences of discrimination and racism; I am glad that I could represent a part of what we go through everyday when we choose to live out of our states. This movie is very close to my heart and I have lot of sentiments attached to it. . . My heart is full of love and gratitude right now. . I am reading all the messages, DM's, emails, whatsapps and comments. Thank you everyone for taking out the time to write and appreciate my performance and the film. For those who haven't watched the film, it is streaming on @netflix_in. Please do watch it. #axonethefilm

Where does this difference arise from? “It comes from the foundation. We have ignored that part of the country completely. In none of the Indian textbooks there is much to study about NE states. We were just told that there are 7 sisters. I think we need to start from there, from our elementary education system. The government has to evolve, adapt these changes, and evolve and inculcate these cultures into textbooks. We have to start young for the next generation to understand.”

“Our NE states are disconnected from the mainland. They are cut off because of distance, food habits, how we look, our languages and more. There is a lack of awareness and we are called Chinese because of our mongoloid features. If the kids are taught from the beginning about that part of India which is close to east asian countries, then things will get better,” added Lin.

One would think that actors and models from her social status would be safe from racist attacks but alas, Lin narrated a very recent episode that shook her. She said, “We face racism. Each of us who have come out in the mainland, have all faced racism in one manner or the other. It has only increased, unfortunately, during the lockdown. I, very recently, experienced one on February 9 as I dropped my parents at the airport and was coming back in the morning. They had an early flight. As I got off the taxi, two boys walked past me, one was a middle-aged man. He said ‘coronavirus’ a couple of times looking at me. I could feel he was trying to communicate something with me. Coronavirus wasn’t such a big deal back then so I couldn’t connect. Only when I spoke to a friend that evening and I mentioned the incident, she said they were being racist towards me, referring to me as the virus.”

“There have been countless episodes of racism during the pandemic with people from the NE being barred from entering grocery stores at multiple places. A girl was spat on Delhi street. PG residents students in Calcutta were thrown out and so on. We are still fighting a silent battle. With a film like Axone, I hope there will be more awareness about our people. Not that it will change the entire country but they will get a better sense of it,” added Lin hopeful for the future.

Does she succumb to racist attacks? Lin pointed out, “You have to be rational at some point, not think from the heart. You are here to do something, to achieve something. If I succumb to every hate comment or troll/ bully then I won't be able to grow. I have learned to adapt, to accept, to put a brave face and be normal.”

She explained, “There are two versions of racism -- if an illiterate person says this who doesn't have an understanding of our people, our culture, I don't get upset. Because I understand they don't have the privilege to study. They don't know what the Indian map looks like. But if someone has done graduation, they are privileged and educated and when they still don't know about NE states then that is shameful. They had privilege to learn, how come they didn't learn geography? These are two reasons I have given myself.”

With the world rising together against racism in the wake of George Floyd’s death in the US, Lin stressed that racism is part of world culture. It's a deep-rooted phenomena and has been there forever but “every life matters. African-American community has been going through this for decades. It's a very deep rooted history. They have voiced it. I lived in America for 4 years and have seen it first hand.”

She does, however, feel upset at the lack of voice for her people by the same Bollywood folks who took to social media to chant ‘Black Lives Matter’. “Nobody came forward to talk about a girl being spat in broad daylight or when they were denied grocery because they looked ‘Chinese’ during coronavirus. I didn't see any trending on Facebook, or any posts on social media because maybe it wasn't worth trending,” said Lin who feels racism has to be dealt at its roots and we should look at it as a wholesome issue rather than region-specific debate.