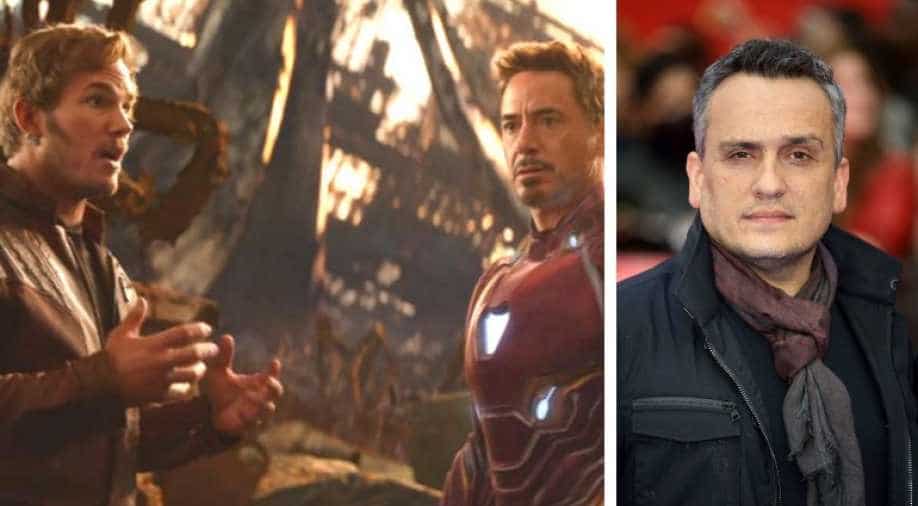 Joe will be in Mumbai on April 1 and 2 to promote the upcoming film amongst Indian fans Photograph:( WION Web Team )

Joe arrived in India on Saturday night with his family and will also be launching the Indian anthem for the film which has been composed by Academy award-winning composer AR Rahman.

Its April and Marvel fans are literally counting days to the release of 'Avengers: Endgame'. The fourth and the final Avengers film is all set to release on 26th April and the film's team has already started promoting the epic-superhero saga.

Ahead of the release, the film's director Joe Russo came to Mumbai to interact with select marvel fans and kickstarted promotion of the film in Asia. Joe and Anthony Russo- famously known as the Russo Brothers- have directed 'Avengers: Infinity War' as well.

Joe arrived in India on Saturday night with his family and will also be launching the Indian anthem for the film which has been composed by Academy award-winning composer AR Rahman.

Russo will be attending a fan event on 1st April where he will be having an Ask Me Anything session with all his fans.

Prior to that Joe also met a few fans at an event- photo of which was posted on the official Instagram account of the Russo brothers.

The India tour is AMAZING. Thank you to our new friends and Cap fans at @arthmumbai. What an incredible meal! @chefamnindersandhu. #whereisendgame #avengersinindia

Joe also met Rahman ahead of the song launch and the two reportedly had dinner together in Bandra on Sunday.

The film, which opened to good reviews, minted over Rs 120 crore in its opening weekend.‘Avengers: Endgame’ is slated to hit the theatres on 26th April.