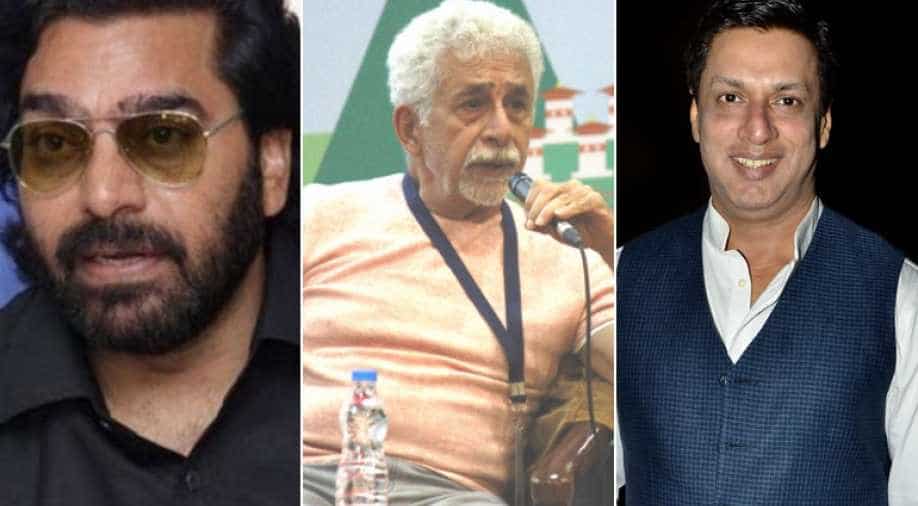 Rana said everyone has a right to share their views.

Bollywood actor Ashutosh Rana and film director Madhur Bhandarkar have come out in support of Naseeruddin Shah over the veteran actor`s recent comment on Bulandshahr violence.

Speaking on the ongoing controversy surrounding Shah`s comment, Rana stated that everyone has a right to share their thoughts.

"Everyone should have a right to share their thoughts with their friends or other people without any fear. We should be wary of reacting, acting or doing a trial on any such comment. If any of our brother or friend is saying something, we should not only listen to them but must also ponder over it," Rana said while interacting with media.

"Independence stands for simplicity and gentleness and that is what our culture is," the actor further added.

Director Madhur Bhandarkar also expressed his support for Shah saying that everyone has their own point of view. "Everyone has the right to speak. We live in a democratic country. I don`t think there is any fear. Everyone is equal in India and this is his point of view, this is the special thing about our country that everyone can express their opinions. I don` think there is any problem or intolerance," he added.

Naseeruddin Shah has been facing criticism for his recent comment over the Bulandshahr violence in which two people including a police official were killed over rumours of cow slaughter.

"At many places, the death of a cow is being given more importance than the killing of a policeman. I feel anxious for my children because tomorrow if a mob surrounds them and asks, `Are you a Hindu or a Muslim?` they will have no answer. It worries me that I don`t see the situation improving anytime soon," Shah said in a video interview to Karwan-e-Mohabbat India (Caravan of Love), an activist collective that is focussed on highlight and combating instances of hate crimes.