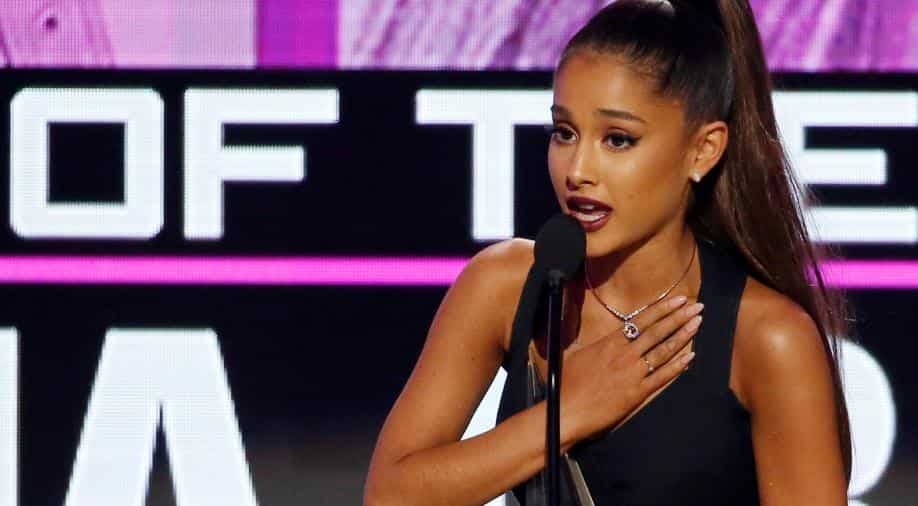 After an immensely successful season that saw the release of two albums and a 100 stop world tour, Ariana Grande has shown her tender and vulnerable side in a candid Instagram clip where she is seen hugging her manager Scooter Braun after the end of her `Sweetener World Tour`, reported Fox News.

Her manager appreciates Grande`s `strength` and work ethic in the Instagram post, to which Grande expresses her gratitude.

"Wait this video. i`m crying. i can`t really put into words how i feel yet. But thank you for all that you and @allisonjamiekaye have done/dealt with to help me make it to the finish line, as a manager and friend i appreciate you so very much", replied Grande to the post.

In another comment, Grande wrote, "thanks for being there for all the ups and downs, triumphs and midnight mental breakdowns lol" probably referring to the mental trauma she underwent in 2018 after the death of Mac Miller, her ex-boyfriend and her estrangement with Pete Davidson.

The pop star has been quite open about her mental state and has earlier opened up about suffering from Post Traumatic Stress Disorder after a bomb went off in her concert back in 2017, resulting in the death of 22 people.

Braun went ahead and addressed Grande`s struggles saying, "You did it. I know all the hard nights. I know all the pain and the struggle. I remember all our talks and I also knew it was your decision and your strength that got you through it."