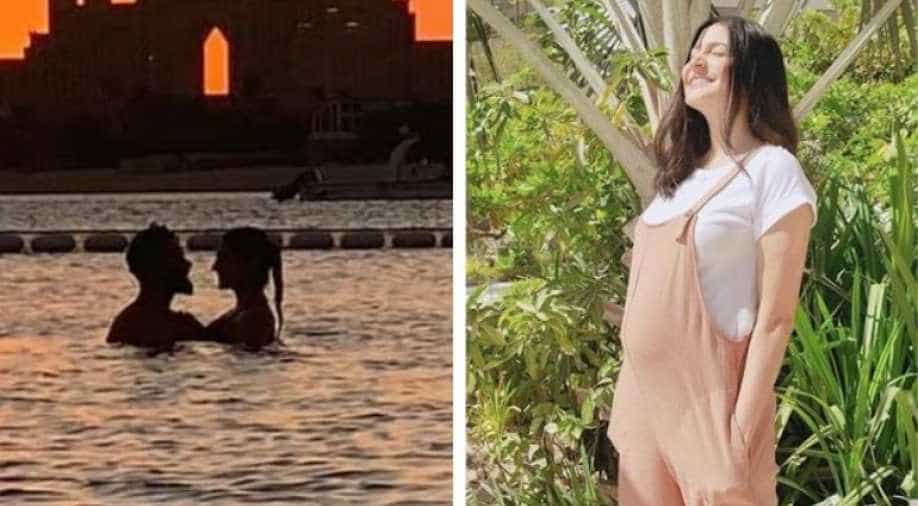 Anushka Sharma and Virat Kohli are expecting their first child in January 2021. The couple announced the news on Instagram, before the start of IPL 2020.

Anushka Sharma and Virat Kohli take the Internet by storm every now and then with stunning photographs from their stay in Dubai. The soon-to-be parents, who are in Dubai for Indian Premier League 2020 have created quite a buzz in the last 24 hours thanks to their social media posts.

Yesterday, Virat took to his Instagram account to share an adorable picture of with his wife, enjoying some quality time in the pool during sunset. Meanwhile, Anushka on Monday morning shared some sun-kissed photos of herself and gave some major maternity fashion goals. In the picture, mom-to-be Anushka can be seen flaunting her growing baby bump.

Some fans couldn't stop swooning over Anushka's radiant glow, while others called their beach picture as #couplegoals. Check out Twitter reactions to Anushka and Virat's Dubai posts.

That glow in a pregnant woman is diff 🔥 #AnushkaSharma
BC my stomach is the same 😢 pic.twitter.com/6jSjwq6OHO

#AnushkaSharma no doubt she has all the grace and glow pic.twitter.com/6fCg7x0FBU

The celebrity couple are expecting their first child in January 2021. The couple announced the happy news on their Instagram pages just before the start of IPL 2020.