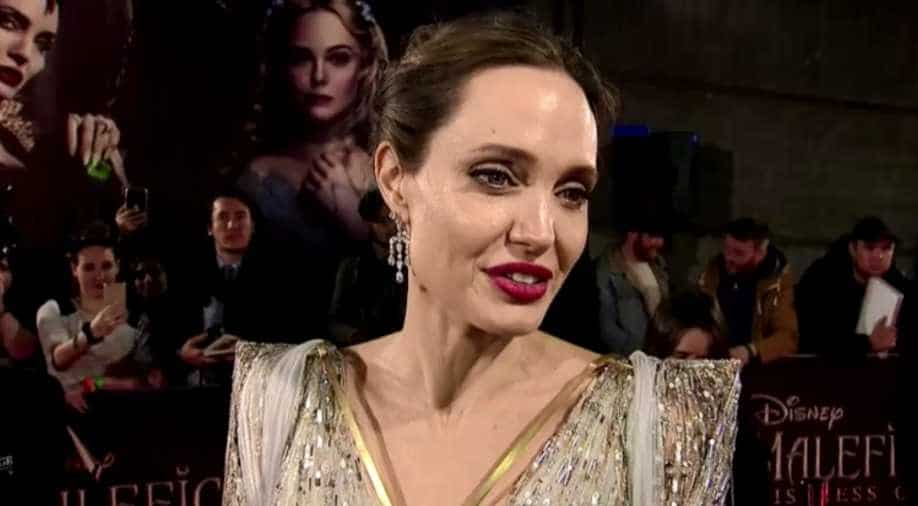 Jolie's kids Zahara, Shiloh and twins Knox and Vivienne walked their mom down the red carpet, keeping her company on the latest leg of the new Disney film's tour.

Angelina Jolie arrived at the European premiere of 'Maleficent: Mistress of Evil' with four of her six children on Wednesday night (October 9) in London's South Bank.

Zahara, Shiloh and twins Knox and Vivienne walked Mom down the red carpet, keeping her company on the latest leg of the new Disney film's tour.

Jolie told Reuters she is very fond of her magical, villainous character 'Maleficent' because she is flawed and wonders whether she is being a good mother to her goddaughter, Princess Aurora, played by Elle Fanning.

"She really questions whether or not she's a good enough Mom and doesn't know where she belongs and who she is?" said Jolie.

"She has to learn about herself, like all of us do."

In the second saga that comes five years after the first film, Maleficent and Aurora face unexpected strains on their relationship, after the princess agrees to be married and dark forces come into play, triggered by a scheming mother-in-law-to-be, Queen Ingrith, played by Michelle Pfeiffer.

In real life, Jolie has watched Fanning "grow up" in the role of Aurora, after she first played the part in 2014 as a young teen.

Jolie says "special" Fanning has remained "just as sweet, just as grateful" in the business, despite "pressures and influences."

Fellow Brit male co-stars on the red carpet, Chiwetel Ejiofor, Sam Riley and Ed Skrein all praised the film's strong female leads, Jolie, Fanning and Pfeiffer who was absent on the night.

Ejiofor told Reuters Jolie had helped with his flying and landing as a fellow 'Fey' fairy character. Riley admitted to 'gawping' or staring openly at Jolie and Pfeiffer when the female characters faced off, often forgetting he was in the same scene.

Jolie who is also producing the film told Reuters she is excited about how children will discuss the topics with adults that the film raises, which include family relationships, tolerance, diversity and the environment.

"I hope the end, whether they know why or not, or connected to politics or not, they just are happy that people are together being themselves and embracing each other," she said. "(Then) you've done something."

'Maleficent: Mistress of Evil' will release on October 18.