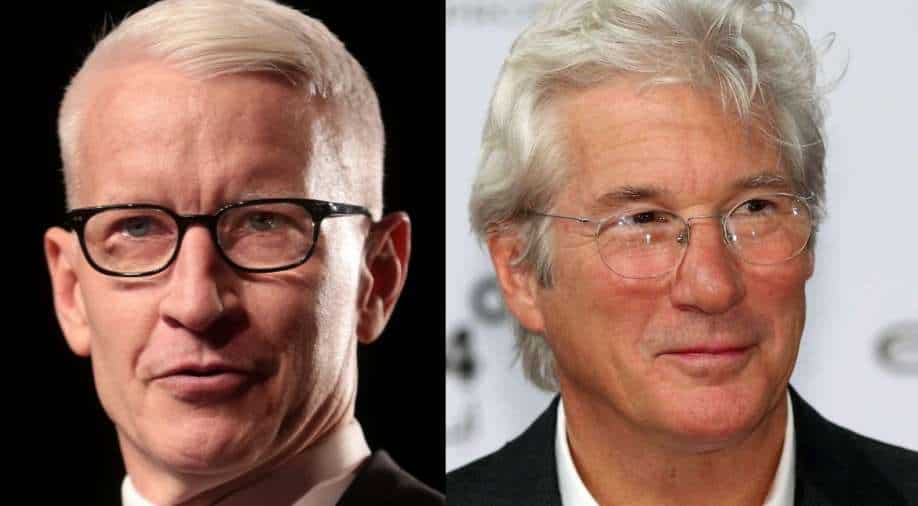 American broadcast journalist Anderson Cooper recalled an incident where actor Richard Gere played a major role in helping him realise he was gay.

American broadcast journalist Anderson Cooper revealed that Hollywood actor Richard Gere helped him realise that he was a gay man. Recalling an incident where he interacted with Andy Cohen of the radio show, Radio Andy disclosed that he attended a play with two other gay men at the age of 11: photographer Paul Jasmin and his boyfriend, who were both Cooper’s mother’s friends, reported Page Six.

Actor Richard Gere was a part of the play titled ‘Bent’, Cooper said, adding that the play’s opening scene was the ‘gayest scene’ he had ever seen.

"And they took me to see in ‘Bent,’ which if anyone doesn’t know about the play ‘Bent,’ it’s about two gay guys in the concentration camp," Cooper recounted. "I mean the opening scene... It is the gayest thing you can imagine," recollected Cooper.

The 55-year-old journalist further said that Gere looked quite ‘beautiful’, in the play. "And this was Richard Gere in 1977, ‘Looking for Mr Goodbar.’ He was so beautiful. And I’m there. My mom didn’t go. It was just me and my mom’s two gay friends," Cooper confessed.

Cooper discovered he was gay as soon as the stage's opening scene came to an end. "And I just remember being like, ‘Oh my God, I’m gay... I’m totally gay,’ Cooper recollected.

Cooper also claimed that because Gere and Paul Jamin were friends, the two walked backstage and saw the actor in the dressing room shirtless. At that point, Cooper lost his ability to 'speak'. Cooper later acknowledged that he had interviewed Gere and recounted the entire episode to him after becoming a journalist. "And I couldn't speak...I had my Playbill and I wanted to get him to autograph it, but I... couldn’t... fast forward to 10 years ago, I was interviewing Richard Gere and I took out the Playbill ... and I told him the whole story and I had him sign it. Yeah. He was very tickled with it," concluded Cooper.

Presently, Anderson Cooper and his ex-partner, Benjamin Maisani, are co-parenting their sons, Sebastian and Wyatt. The couple parted ways in 2018.