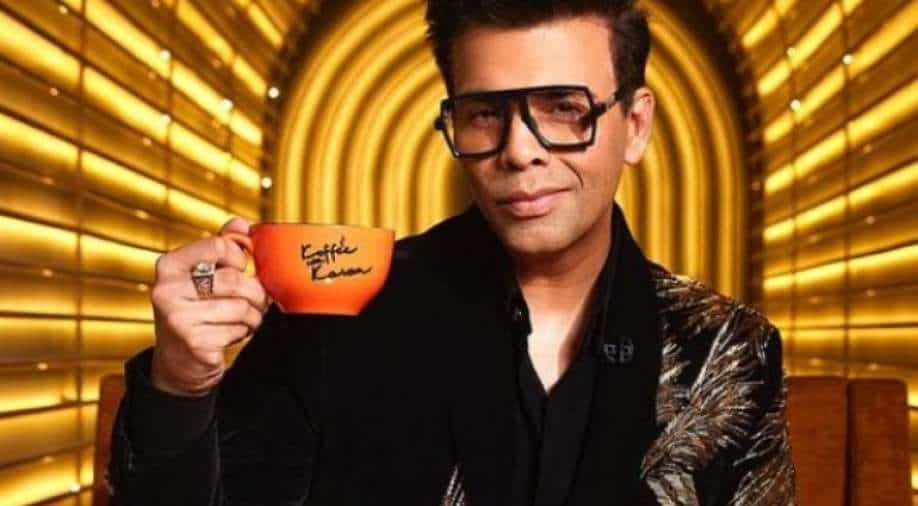 There is no official guest list, but as per the reports, the new season's first guests will be Ranveer Singh and Alia Bhatt.

Indian filmmaker Karan Johar is back with yet another season of his most loved chat show 'Koffee With Karan' after he spooked his fans about the show's ending, earlier this week.

On Saturday, Karan announced that he has commenced the shooting of his most-awaited seventh season of the show.

Taking to his Instagram account, Karan shared a snap of the show's signature orange and black coffee mug.

''And so it begins…'' Karan wrote while sharing the photo.

Later, he also shared some pictures of him sitting on a rust colour sofa and posing with the cup. ''Back to brewing some koffee!☕️
#KoffeeWithKaran #HotstarSpecials @disneyplushotstar @dharmaticent,''

A few days back, Johar sent the shockwaves as he announced that the long-running show is finally coming to an end.

" Hello, 'Kofee With Karan' has been a part of my life and yours, for 6 seasons now. I'd like to think we've made an impact and even found our place in pop culture history. And so, it is with a heavy heart that I announce that 'Koffee with Karan' will not be returning..." the statement read.

However, later he confirmed that the show is not ending, but only its TV run is coming to an end as it will now premiere on Disney+ Hotstar.

There is no official guest list, but as per the reports, the new season's first guests will be Ranveer Singh and Alia Bhatt.