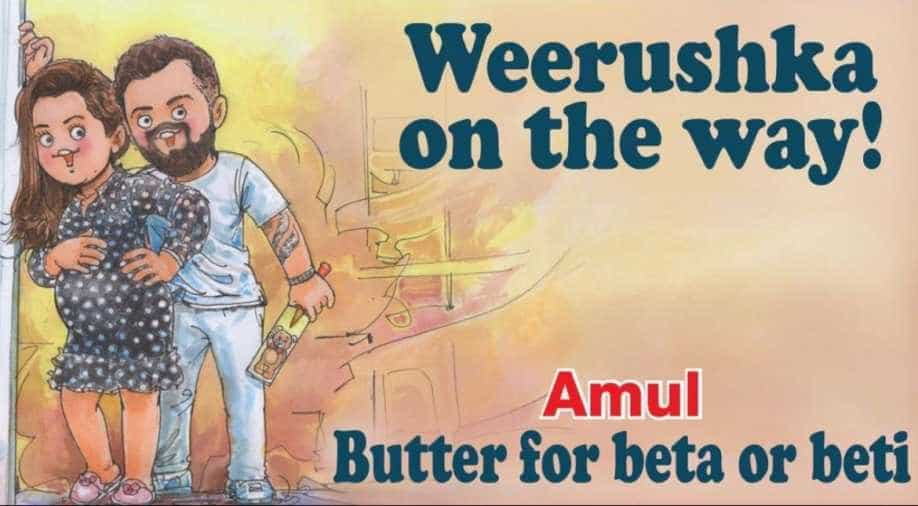 Anushka Sharma and Virat Kohli got married in Tuscany, Italy on December 11, 2017.

Anushka Sharma and Virat Kohli recently announced that they are expecting their first child. Since the announcement, wishes have been pouring for the couple. The dairy brand Amul  came up with an adorable doodle to wish the couple. Amul has sent a sweet buttery greeting for the future mommy and daddy.

In the photo, the couple was seen posing together while the actress flaunts her baby bump and Indian captain was seen holding a bat with a teddy bear made on it. “Weerushka on the Way! Butter for beta or beti.” they captioned the post. Anushka and Virat will be welcoming their baby in January 2021.

Meanwhile, the couple celebrated the good news in Dubai with Royal Challengers Bangalore team members. The video of the couple cutting the cake with the team at the private yacht is going viral.

Anushka Sharma and Virat Kohli got married in Tuscany, Italy on December 11, 2017.