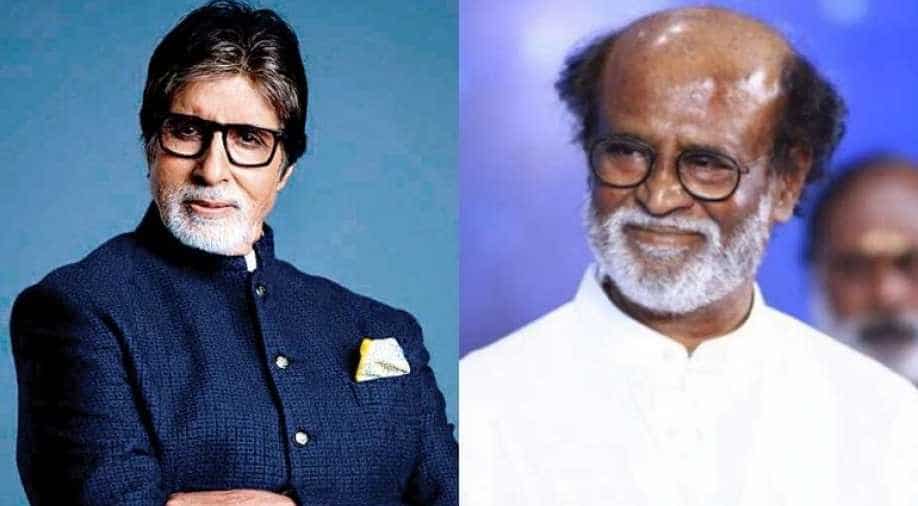 The film festival will witness around 200 best films from 76 countries, 26 feature films and 15 non-feature films in the Indian Panorama section.

The International Film Festival of India will kickstart from today in Goa as the likes of Amitabh Bachchan and Rajinikanth arrived earlier today to be a part of the red carpet ceremony. The festival is now in its 50th year and will see some of the best films from around the world being showcased here.

It will feature 200 films from 76 countries, 26 feature films and 15 non-feature films in the Indian panorama section. According to data being reported in the media, close to 10,000 people are expected to attend the highly acclaimed festival. The inaugural ceremony will be hosted by filmmaker Karan Johar.

Amitabh Bachchan's 'Sholay' will also be screened at the festival along with his other important films.

The Evergreen Actor @amitabhbachchan fondly known as the 'Shahenshah' of Indian Cinema has reached Goa and will be next seen on the Grand Red Carpet of #IFFI2019 very soon. Stay tuned to #IFFI50 to catch the live updates from the Inaugural Ceremony, starting shortly.

The Icon of Golden Jubilee of IFFI, Superstar #Rajinikanth arrives at Goa Airport for the Inaugural Ceremony of #IFFI2019 that is set to take place tomorrow. Let the whistles begin! 🔊 #IFFI50

The film festival will open today with the Italian film ‘Nonostante La Nebbia’ (Despite the Fog), directed by Goran Paskaljevic while ‘Marghe and Her Mother’ directed by Iranian filmmaker, Mohsen Makhmalbaf will bring the festival to a close on November 28.

IFFI, every year is jointly organised by the Directorate of Film Festivals, a Union Ministry of Information and Broadcasting agency and the Goa government’s Entertainment Society of Goa.

Among other things, the film festival also has a special felicitation section in which it will recognise the contribution of legends of Indian cinema like Ramesh Sippy, N Chandra and PC Shreeram. It will also honour late stars including Veeru Devgan, Kader Khan.

Meanwhile, the films that will be screened at the festival will have John Bailey (Chairman of Jury), Robbin Campillo, Zhang Yang, Lynne Ramsay and Sippy as juries on the panel.

As the Golden Days nears to our shore, there is not single stone unturned for the final venue preparations of #IFFI50 Less than 72 hours left for the golden inauguration of #IFFI2019

While the list of awardees has not been disclosed yet, the Ministry of Information and Broadcasting has already announced a special award titled ‘Icon of Golden Jubilee of IFFI’ which will be conferred upon superstar S Rajinikanth “in recognition of his outstanding contribution to Indian cinema, during the past several decades.”

French actor Isabelle Huppert will also be honoured with the Lifetime Achievement Award, which is the most prestigious award of the festival.

For those attending the festival, there will also be classes by experts from the industry, panel discussions and interactive sessions with celebrities as the platform aims to provide a common ground between different language cinemas to project the excellence of the art of filmmaking.