Amitabh Bachchan, Dharmendra’s 'Sholay' to be screened at IFFI 2019 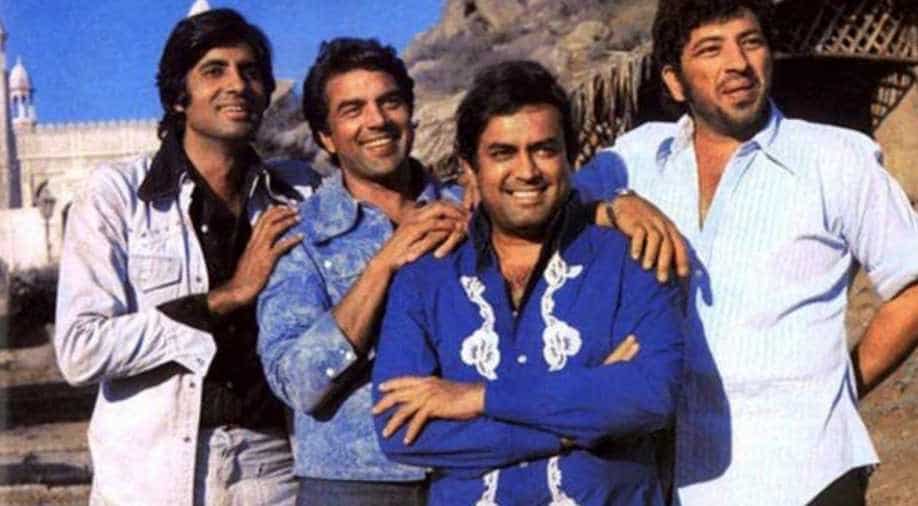 The International Film Festival of India will begin on November 20 and will run for a week till November 28.

Amitabh Bachchan-Dharmendra starrer ‘Sholay’ is confirmed to be showcased at this year’s International Film Festival (IFFI) that is scheduled in Goa this month.

As the film festival completes 50 successful years, the organisers have arranged some special showcases to show Indian movie lovers some of the most iconic movies. The film will be shown as part of a segment called Retrospective of Amitabh Bachchan. Amitabh Bachchan himself will be attending the opening ceremony of the festival on November 20.

Trade analyst Taran Adarsh took to Twitter to reveal the news, along with a list of other films to be screened at the festival. Apart from ‘Sholay’, movie watchers can also watch international silent films such as GW Pabst's ‘Pandoras Box’, Alfred Hitchcock's ‘Blackmail’ and Sergei Eisenstein's ‘Battleship Potemkin’.

#News: #Sholay to be screened at the 50th edition of @IFFIGoa in 'Retrospective of Amitabh Bachchan'... #PandorasBox, #Blackmail and #BattleshipPotemkin - *silent films* - will be screened with *live music* by pianist Jonny Best. @PrakashJavdekar @Chatty111Prasad @esg_goa #IFFI50 pic.twitter.com/xMnxjt4xsm

Rajinikanth will attend the ceremony as he will be conferred with the Icon of Golden Jubilee Award by the Government of India for his outstanding contribution to cinema. Music composer and singer Shankar Mahadevan will perform at IFFI this year.

The International Film Festival of India will begin on November 20 and will run for a week till November 28.