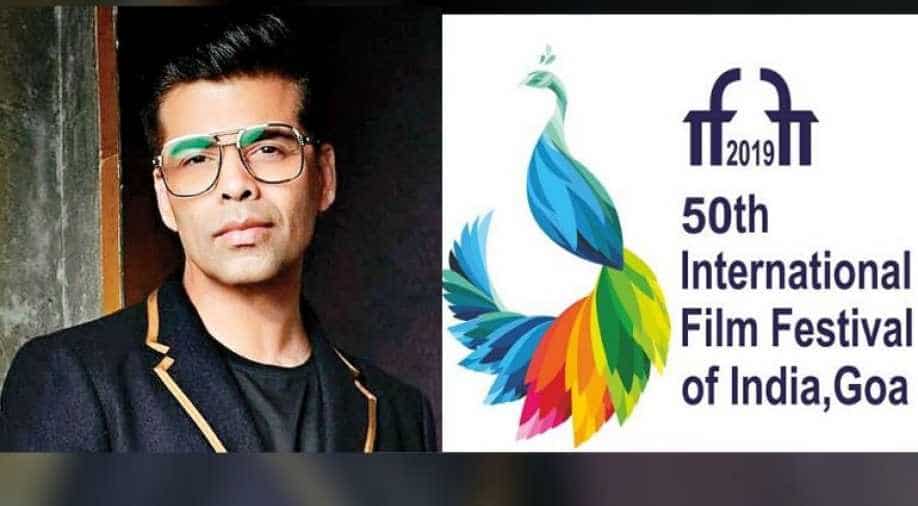 The upcoming event in Goa will be inaugurated by Bollywood megastar Amitabh Bachchan, the event will be held from November 20 to 28.

The grand inaugural ceremony of the 50th edition of the International Film Festival of India IFFI, this year will be hosted by ace filmmaker Karan Johar. Updating fans with the information, the verified account of IFFI shared the news on its Twitter handle.

"It can't get better than this! The master of entertainment @karanjohar will host the Grand Inaugural Ceremony of #IFFI2019 and it's going to be a Golden start to 9 days of cinephilia," the tweet read.

IFFI is going to be special this year with its 50th edition taking place. I am happy and honoured to host the opening ceremony. What better place than a platform that celebrates cinema! @IFFIGoa #IFFI2019 #IFFI50

The event will be held from November 20 to 28.Approximately 200 foreign films will be screened during the festival.In the event, 24 films are in the race for Oscar nominations.

The festival will also showcase 50 films of 50 women directors.Javadekar also informed that French actor Isabelle Hupert will be honoured at the festival with 'Life Time Achievement Award' for a 'foreign artiste'.

South Indian superstar Rajinikanth will also be conferred with the 'Icon Of Golden Jubilee Award' for his outstanding contribution to Indian cinema at the festival.