Amitabh Bachchan and Shah Rukh Khan to to share screen space in 'Don 3' ? 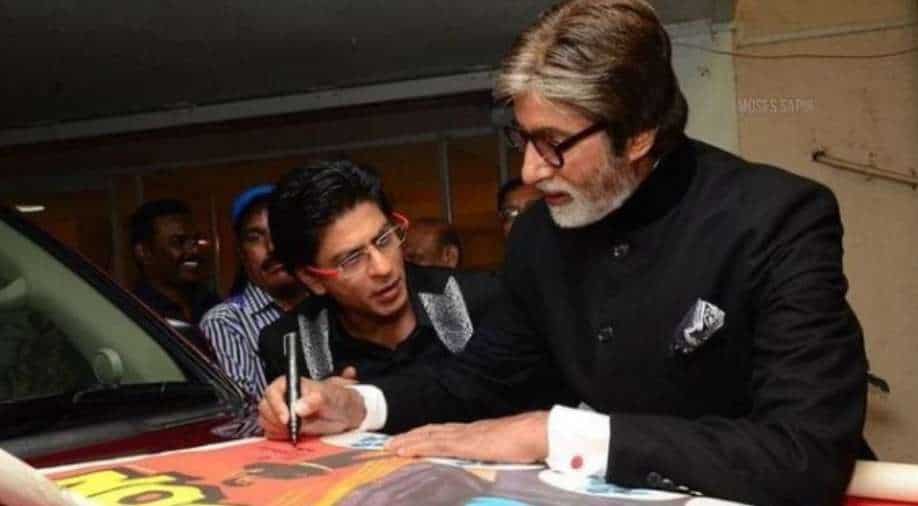 A few days back a picture of Farhan Akhtar was doing the rounds on social media, which has left netizens speculating if he is working on the script of ‘Don 3.’

Amitabh Bachchan is in 'Don 3'? This is what the whole internet is talking about today. For the past few weeks, there have been many headlines related to the most-awaited movie 'Don 3' and now Bachchan has hinted that he may reprise the role of an underworld don in the upcoming sequel film co-starring Shah Rukh Khan.

After four years of sabbatical, SRK this year has surprised his millions of fans with his back-to-back films and now BigB hinting at the big news of two stars sharing the screen space - will obviously send our Twitterati into a frenzy mode.

This all started after, Bachchan shared a picture of him sighing a vintage Don poster and the photo also features Khan who is peaking from behind.

Soon after he shared the photo, netizens started chatting about the upcoming movie of the action franchise. "Is that any hint on Don 3?" One user wrote.

Are the DONs reuniting for DON 3? 😱 pic.twitter.com/hCkMq1KlDB

Just a rumour and it started trending, Don 3 pic.twitter.com/R1ABtiRFtf

The action-filled franchise revolves around the underworld Don. The first film of the franchise was released in the year 1978 and Big B was the lead star. Later, two follow-ups were made with SRK and Priyanka Chopra - first 'Don' (2006) and second 'Don 2' (2011).

However, a few days back a picture of Farhan Akhtar was doing rounds on social media, which has left netizens speculating if he is working on the script of ‘Don 3.’

Farhan’s partner in Excel Entertainment, filmmaker Ritesh Sidhwani shared a photo of the actor where he could be seen working on his laptop. In the caption, Ritesh wrote, ''100% focus even when he’s putting pen to paper (err.. fingers to keyboard) @faroutakhtar is back in writer mode after a long hiatus. Guess what he’s working on…"

No official announcement has been made so far.

For the unversed, Farhan is curruntly working on his next project `Jee Le Zara` starring Priyanka Chopra, Alia Bhatt and Katrina Kaif.