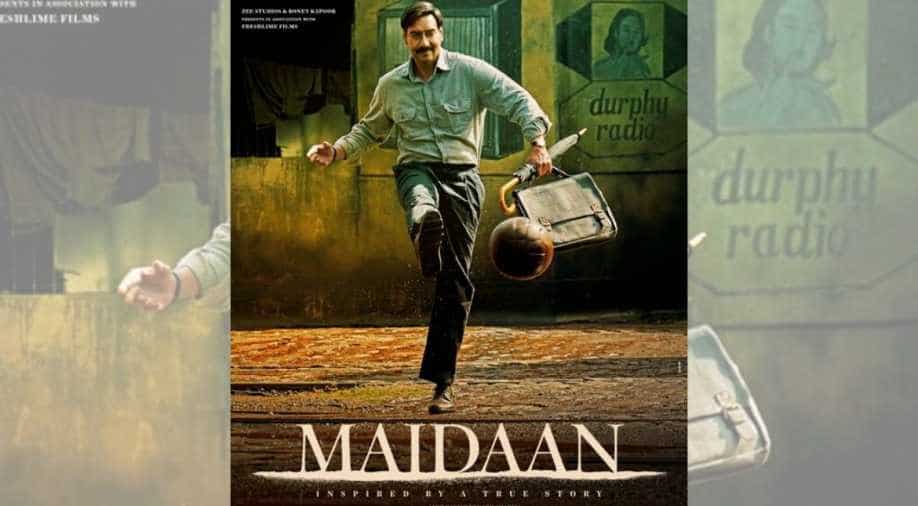 Sharing the new poster of the film, Devgn tweeted, "2021 Independence week. An untold story that will make every Indian proud. 13th August mark the date. #Maidaan2021,''.

The movie was earlier scheduled to be released on November 27, but now it has been pushed to next year in wake of COVID-19 pandemic. The actor revealed that the film will hit the screens on 13th August 2021.

Directed by 'Badhaai Ho' fame Amit Sharma, the movie will tell the story of the golden era of Indian football 1952-1962. the upcoming movie being produced by Zee Studios, Boney Kapoor, Akash Chawla and Arunava Joy Sengupta, and also star Priyamani in the lead roles.

Devgn's 'Bhuj: The Pride of India' has joined the list of Bollywood movies releasing on an OTT platform. Written and directed by Abhishek Dudhaiya, the movie, set against the backdrop of the Indo-Pak war in 1971, will stream on Disney Plus Hotstar.