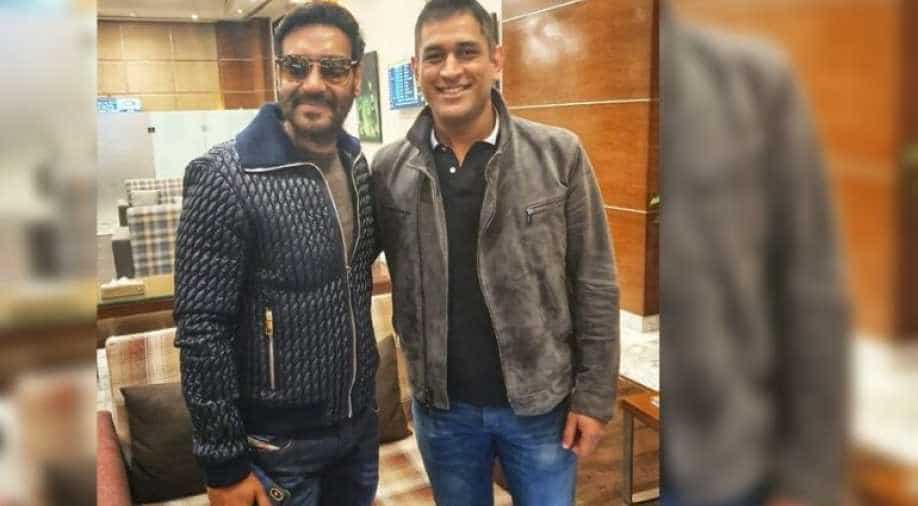 The actor took to Twitter to share a photo from his meeting with 'captain cool' and captioned the post as, "Cricket and Films ... the uniting religion of our country @msdhoni".

Cricket and Films ... the uniting religion of our country @msdhoni pic.twitter.com/yMlEBKZk63

The very best for the film @ajaydevgn AJ ... know your gona kill it 👊🏾.

Netizens also took images of the two superstars and have been sharing the same in the form of memes.

Two legends who know how to be balanced pic.twitter.com/Wzl82gKPTF

Meanwhile, the 38-year-old cricketer Dhoni is currently enjoying some time away from the game as he last played competitive cricket during the World Cup last year.